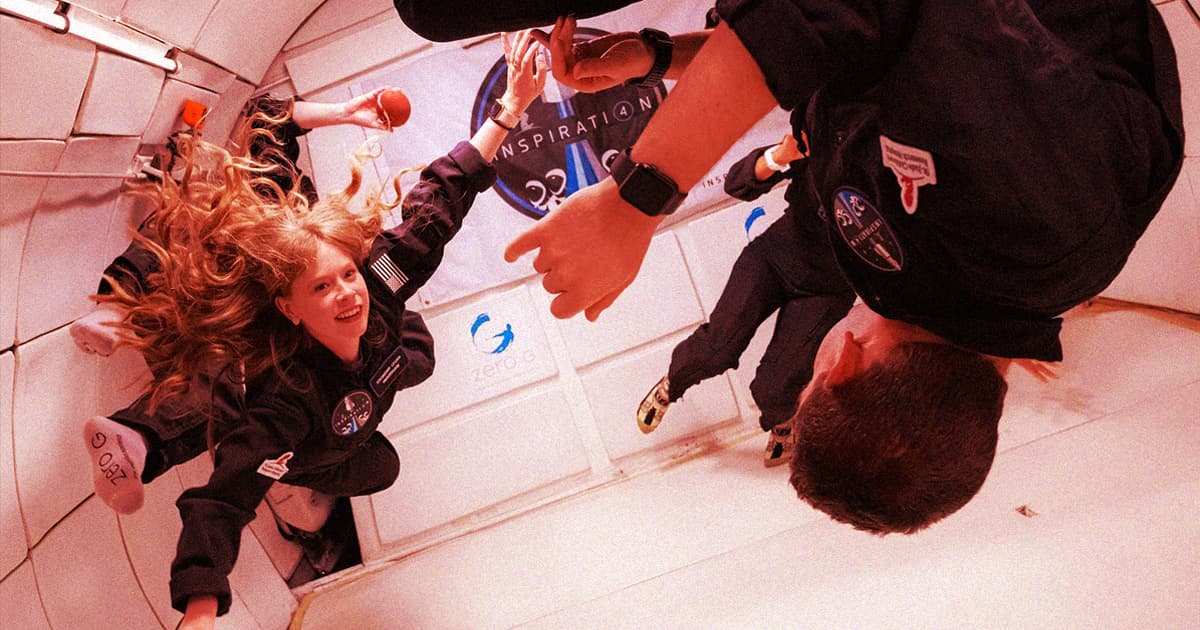 SpaceX Launched Tourists With Zip Ties, Sedatives In Case Someone Gets Dangerous

"They also have to prepare for worst-case scenarios like someone on the crew becoming a danger to themselves or others.”

"They also have to prepare for worst-case scenarios like someone on the crew becoming a danger to themselves or others.”

You're probably familiar with the trope of space travelers losing their grip on reality in movies like "Event Horizon" and "Solaris."

But the idea, it turns out, is actually enough of a concern that both NASA and SpaceX have taken steps to ensure that their astronauts are prepared to restrain anyone who becomes a danger during a space mission.

Take SpaceX's Inspiration4 mission, which launched last night. Amongst the myriad equipment at the space tourists' disposal are restraints and drugs to use in case anyone becomes dangerous, according to Axios space reporter Miriam Kramer.

"They also have to prepare for worst-case scenarios like someone on the crew becoming a danger to themselves or others," Kramer said on a recent episode of Axios' "How It Happened" podcast. "There are zip ties and medication on board in case somebody needs to be sedated."

NASA has had plans in place in case an astronaut on the International Space Station (ISS) becomes a danger as far back as 2001, according to an official set of procedures from the agency obtained by The Associated Press.

Crew members are instructed to bind the belligerent astronaut’s wrists and ankles with duct tape and inject them with tranquilizers if needed.

"Talk with the patient while you are restraining him," the procedures instruct. "Explain what you are doing, and that you are using a restraint to ensure that he is safe."

While the scenario is horrifying, it's also unlikely to occur. All NASA astronauts undergo rigorous psychological analysis long before they launch. While it’s unclear what kind of assessment the space tourists of Inspiration4 had, they seem pretty chill.

"Nobody's gonna snap that way, at least not that we've seen to date," Inspiration4 crewmember Chris Sembroski told Kramer on the podcast. "This is literally just, 'Ok, we have this equipment on board, well it's for that less than one percent chance of somebody needing a little bit of extra support just to maintain the safety of the crew.'"

READ MORE: SpaceX's first civilian crew will have zip ties and sedatives onboard their spaceship in case someone becomes a danger [Insider]