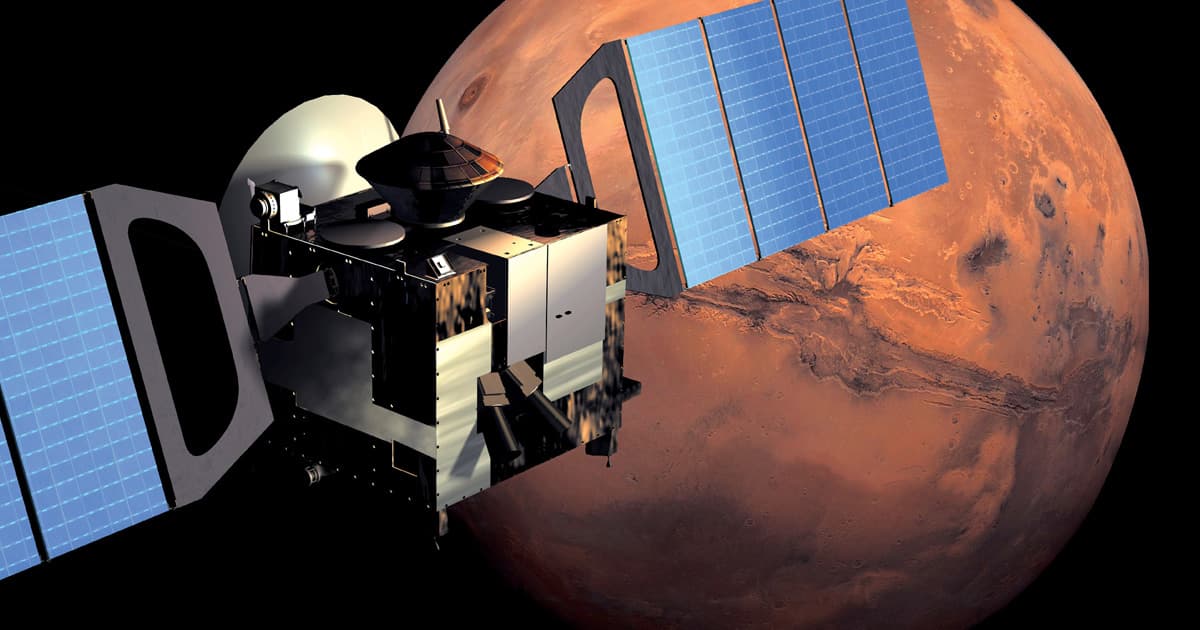 SpaceX Will Build Starlink-Like Constellation Around Mars, Its President Says

It’s no secret that SpaceX CEO Elon Musk wants to build a city on Mars.

But in a recent interview with TIME magazine, SpaceX president and COO Gwynne Shotwell laid out the company’s plans to bring its Starlink broadband satellite constellation technology to the Red Planet as well.

“Once we take people to Mars, they’re going to need a capability to communicate,” Shotwell said during a previously recorded interview with TIME. “In fact I think it will be even more critical to have a constellation like Starlink around Mars.”

But a constellation around Mars won’t be enough, Shotwell said.

“And then of course you need to connect the two planets as well, so we make sure we have robust telecom between Mars and back on Earth,” she added.

Shotwell also waxed philosophical about the importance of an interplanetary civilization.

“We are not giving up on Earth when we talk about building capability to move humanity to other planets,” she said. “It’s actually just giving humanity another shot in case there were to be some horrible event on Earth; to move people and save humankind by allowing them a second place, a second Earth to live.”

Progress has been swift, she argued.

“Elon founded this company with the entire purpose of building this transportation capability that would allow humans to move to other planets,” Shotwell said. “I remember when I was interviewing with Elon in 2002, and he had such an ambitious goal. It sounded absolutely insane at the time, and now almost 20 years later, it doesn’t actually sound that insane.”

More on the interview: SpaceX President: Starship Could Help Pick Up Space Junk