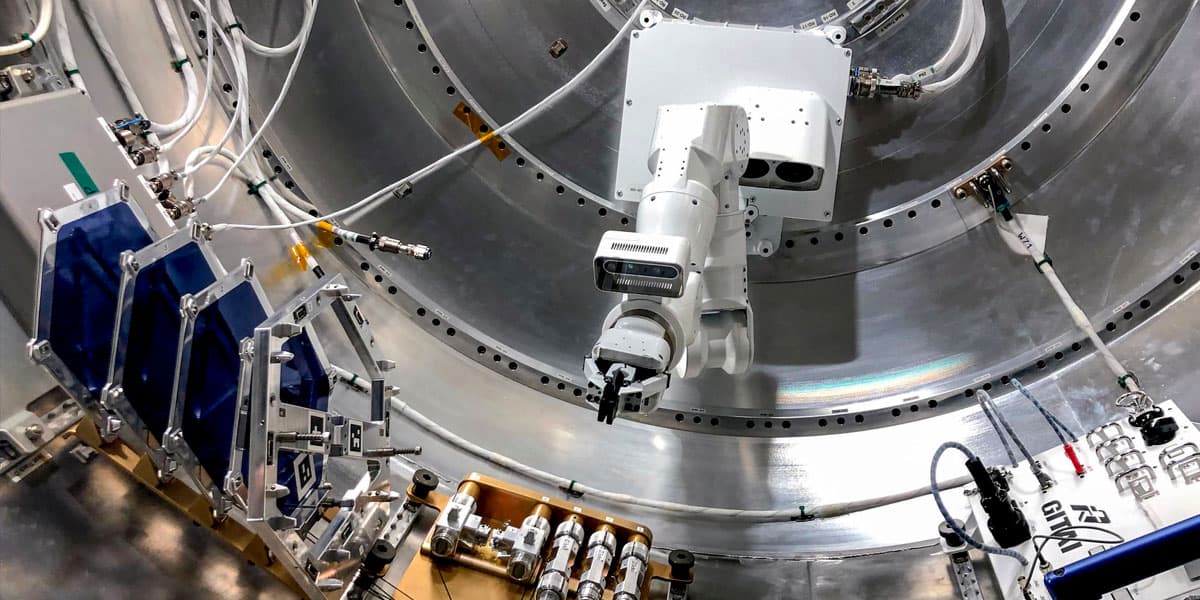 SpaceX is Sending a Robotic Arm Assistant to the Space Station

It can do more than just push buttons and flip switches.

It can do more than just push buttons and flip switches.

SpaceX's upcoming resupply mission to the International Space Station includes a whole trove of scientific experiments, from a small camera tracking astronauts' health by scanning their retinas, to mitigating the stress of microgravity on plants using chemical compounds.

But especially notable among them? A robotic arm that could give astronauts working on board the orbital outpost a (mechanical) hand.

The robot arm, built by Japanese space robotics startup GITAI, is meant to demonstrate how the technology fares in microgravity.

Depending on the success of the demonstration mission, GITAI is eventually hoping to test its robotics in the harshness of outer space as well, potentially laying the groundwork for robot assisted space walks and other extra-vehicular activities.

The company sees it as a milestone for the field of robotics. "This technology demonstration is to show the world that the capabilities necessary for automation in space are finally available," said GITAI CTO Toyotaka Kozuki in a NASA statement. "It provides an inexpensive and safer source of labor in space, opening the door to the true commercialization of space."

For now, the GITAI S1 Robotic Arm Tech Demo headed to the ISS on board a SpaceX Dragon capsule some time next week, will be testing out various basic tasks including flipping switches, pressing buttons, and plugging in or unplugging cables.

The movements will be remotely operated and supervised by teams all the way back on Earth. The last thing the ISS crew needs is a robot arm going amok and ripping out cables by itself.

More on robotic arms: Check Out This Deadly Robot Arm With an Actual Chainsaw