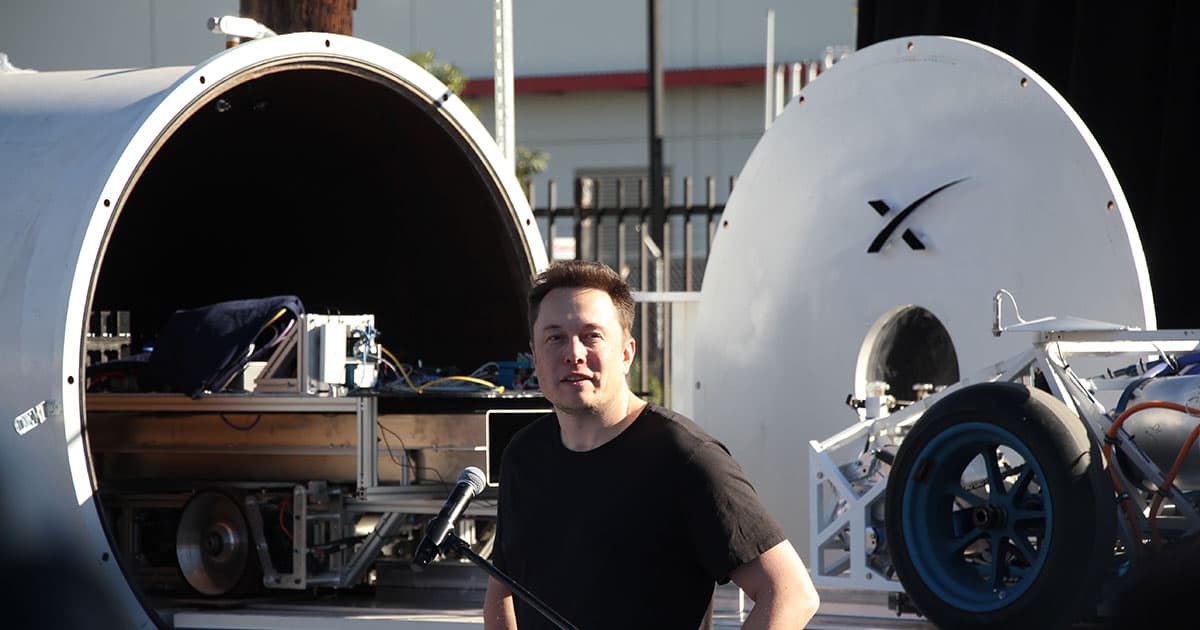 They held a "memorial service" for it.

They held a "memorial service" for it.

Bloomberg reports that SpaceX has dismantled its roughly mile-long Hyperloop test tunnel at its factory in Hawthorne, California — to make way, in an ironic rebuke of the hypothetical mass transit tech, for more parking spots.

It's a sad and symbolic move by the Elon Musk-led company, underlining how the idea of a vacuum-powered, ultra-fast transportation system has clearly been relegated to the backburner.

That's despite Musk promising that his tunnel-digging venture The Boring Company "will attempt to build a working Hyperloop" in an April tweet.

"From a known physics standpoint, this is the fastest possible way of getting from one city center to another for distances less than [around] 2000 miles," he wrote.

In 2022, though, the Boring Company has yet to come even close to realizing that dream. It did open a tunnel at the Las Vegas Convention Center, ferrying attendees inside individual Tesla vehicles. But that's still a far cry from the concept of a Hyperloop, which aims to blast passengers through a vacuum tube at up to 760 mph.

Other companies have also struggled to turn the idea into a reality. Virgin Hyperloop, for instance, hasn't made much progress in building out a full-scale test track, but did successfully manage to launch the first passengers through a test tunnel back in 2020.

Before it was demolished, SpaceX's test tunnel was meant to be a testing ground for the idea from 2017 onwards, allowing students to compete on building Hyperloop pods.

"We had a sentimental moment knowing this was going to be taken down," Erik Wright, CEO of Precision Construction Services, which built the tunnel for SpaceX, told Bloomberg. "Like a memorial service."

Musk Antics
Elon Musk Has a Big Problem on His Hands
Oct 6
Read More
Veillance What?
Startup Says Train Powered by "Veillance Flux" Could Travel 620 MPH
Sep 12
Read More
Please Elon
Why These Tesla Owners Are Going on a Hunger Strike Against Tesla
Aug 31
Read More
+Social+Newsletter
TopicsAbout UsContact Us
Copyright ©, Camden Media Inc All Rights Reserved. See our User Agreement, Privacy Policy and Data Use Policy. The material on this site may not be reproduced, distributed, transmitted, cached or otherwise used, except with prior written permission of Futurism. Articles may contain affiliate links which enable us to share in the revenue of any purchases made.
Fonts by Typekit and Monotype.