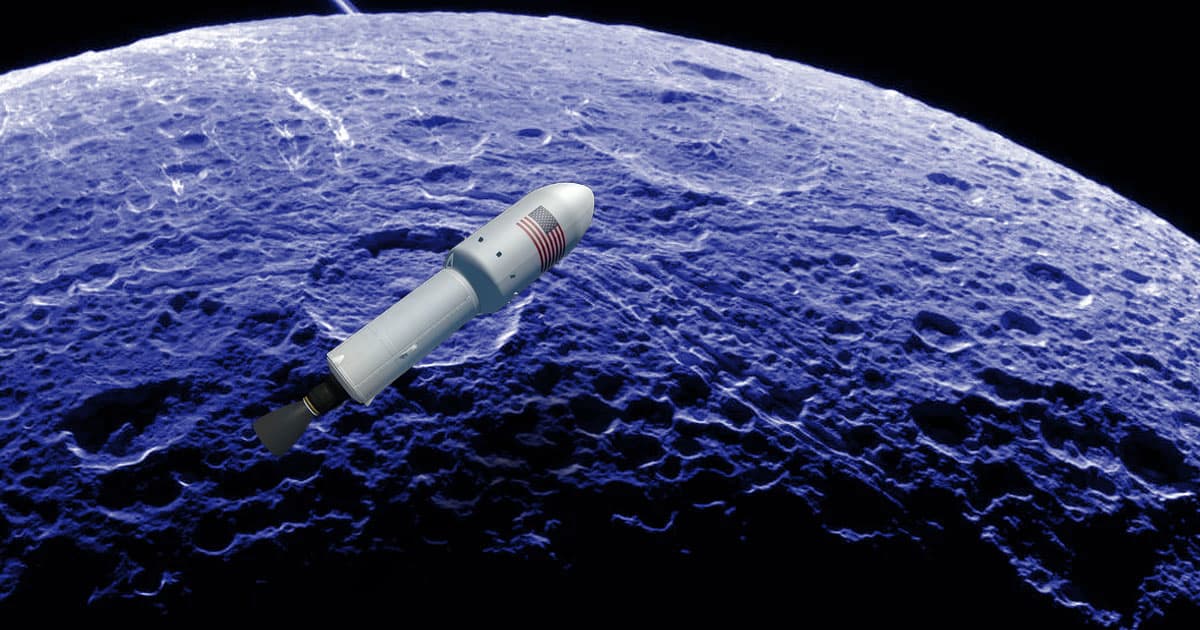 A Derelict SpaceX Rocket Is About to Crash Into the Moon

It’s going to give scientists a rare opportunity to study a fresh crater on the Moon.

It’s going to give scientists a rare opportunity to study a fresh crater on the Moon.

Talk about a long, strange trip.

An old SpaceX rocket stage is about to reach its final destination after a roughly six year journey — by crashing into the Moon in spectacular fashion.

The second stage from one of the company's Falcon 9 spacecraft was used to send the National Oceanic and Atmospheric Administration’s Deep Space Climate Observatory into space in February 2015, Ars Technica reports. Instead of falling back to Earth, though, the rocket was stuck in a gravity limbo between us and the Moon.

Bill Gray, creator of near-Earth object tracker Project Pluto, along with a team of amateur and professional astronomers, recently discovered that the rocket would actually be crashing on the far side of the Moon on March 4.

Interestingly, the crash is going to provide scientists with a rare opportunity to observe how craters are formed on the Moon.

Gray tells Ars that if researchers can determine the precise location of the impact, they’ll "be able to see a very fresh impact crater and probably learn something about the geology of that part of the Moon."

The rocket weighs roughly four metric tons and will be hitting the Moon at a rate of 1.6 miles per second. So it should create a nice-sized crater for observations.

While this will provide a good opportunity to learn more about the Moon, in other ways it's far from ideal. Rockets are generally designed to return to Earth to burn up on re-entry — not wander off to the Moon.

Of course, SpaceX has come a long way since then. Its first stage boosters can actually land now, and the company is hard at work on landing second stages as well. Hopefully, no more errant rockets wind up crashing into the Moon, especially if we ever end up colonizing it.

Updated to clarify that SpaceX cannot yet land second stage boosters after use.

READ MORE: After 7 years, a spent Falcon 9 rocket stage is on course to hit the Moon [Ars Technica]