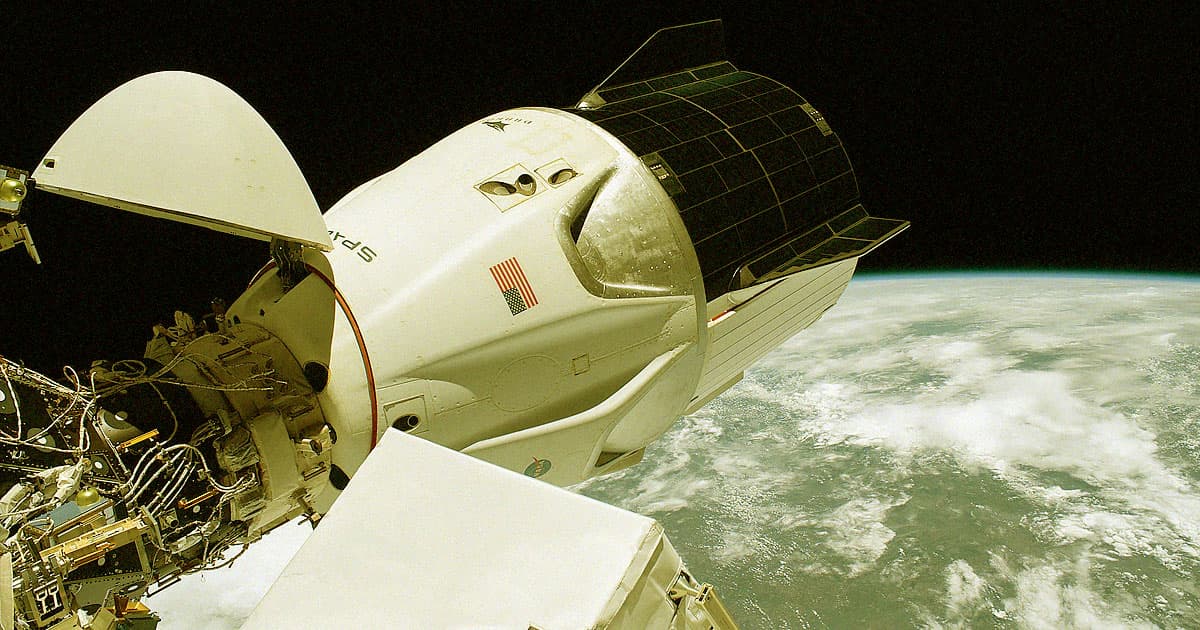 Space Tourists Promise Not to Annoy Astronauts While on Space Station

They pinky swear they won't act like kids in a candy shop.

They pinky swear they won't act like kids in a candy shop.

We can all heave huge sighs of relief knowing that the space tourists who are part of the "first all-private mission to the International Space Station" have vowed not to irritate the actual astronauts onboard the station.

During a briefing about the upcoming mission by private spaceflight company Axiom Space, former NASA astronaut and mission commander Michael López-Alegría said that he plans to make sure his crew doesn't disrupt the station's existing crew members once there.

"We're super sensitive to that, and we think that's a very good example to be setting for future crews," López-Alegría said during the livestreamed press conference. "Everybody on the crew is... very dedicated, very committed, very professional in this, and we really are taking this very, very seriously."

"It's not tourism," he argued, implying the Ax-1 crew is traveling to the ISS to do some serious science, not to go on a very expensive holiday in orbit — a matter that is clearly up for some debate.

Axiom Space CEO Michael Suffredini agreed, adding that the crew will be busy conducting research of their own and won't "paste their nose on the window."

Having spent a considerable amount of time on board the space station himself, López-Alegría's promises have at least some weight behind them.

But that doesn't mean the introduction of civilian outsiders won't be adding to an already chaotic situation on board the ISS. Russian cosmonauts and American astronauts are currently cooped up together in space while their countries are locked in political conflict back on Earth.

Nevertheless, López-Alegría promised members of his crew will be the "standard bearers" and "set the bar very, very high" during the first consumer space flight of its kind.

Hopefully they won't irritate the professionals too much, because — let's be honest — they have more than enough on their plates already.

Duck and Roll
Russia Forced to Dodge Space Debris From When It Blew Up Satellite
Jun 17
Read More
Moonwalk Drip
NASA Inks Deals for Moonwalking Suits for Artemis Landings
Jun 1
Read More
Ice Ice Baby
Check Out This Moon-Shaped Ice Crystal on the Space Station's Window
May 26
Read More
+Social+Newsletter
TopicsAbout UsContact Us
Copyright ©, Camden Media Inc All Rights Reserved. See our User Agreement, Privacy Policy and Data Use Policy. The material on this site may not be reproduced, distributed, transmitted, cached or otherwise used, except with prior written permission of Futurism. Fonts by Typekit and Monotype.