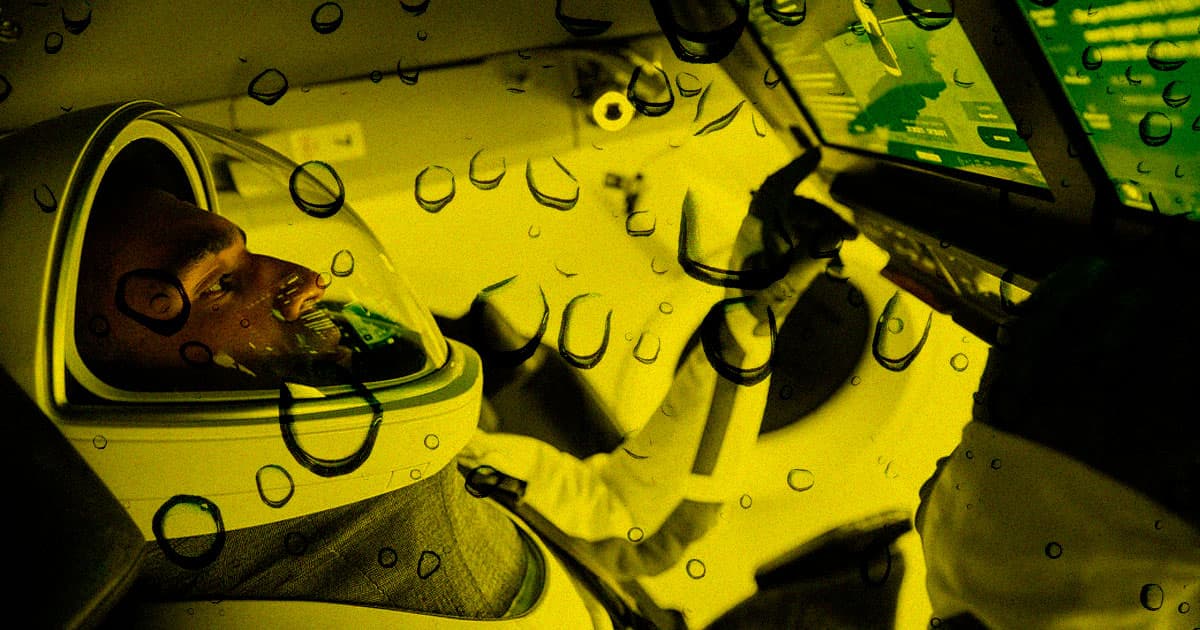 SpaceX says it's managed to fix its leaky space toilet with mere days left before its next Crew Dragon spacecraft launch this Sunday — the company's fourth crewed mission to the International Space Station and fifth crewed mission into orbit.

It was an odd race against time, given the stakes involved. No astronaut wants to travel into space knowing that there is human urine oozing out of the toilet system.

It's also a reminder of just how important toilets are in space — without a functional toilet, space exploration could become a seriously messy business, a lesson NASA learned first hand over half a century ago.

Space tourists on board last month's Inspiration4 mission encountered some unexpected issues with the onboard toilet. Tubes inside toilet became unglued, allowing urine to spray into an area underneath the capsule's floor.

"We didn’t really even notice it, the crew didn’t even notice it, until we got back," Bill Gerstenmaier, a SpaceX official who once oversaw human spaceflight for NASA, told reporters on Monday, as quoted by The New York Times. "When we got the vehicle back, we looked under the floor and saw the fact that there was contamination underneath the floor of Inspiration4."

The same issue occurred on a Crew Dragon capsule which previously docked to the International Space Station with a crew of four astronauts back in April, according to the Times.

That had SpaceX engineers worried that the same thing could happen again during this weekend's launch. But SpaceX says it got ahead of the problem.

"For Crew-3, we've fixed this problem in the tank by essentially making an all-welded structure with no longer joints in there that can come unglued and become disconnected," Gerstenmaier said during Monday's press conference.

Gerstenmaier also said that the metal used to line the compartment housing the escaped urine wasn't ever in danger of failing, meaning that the previous two spacecraft didn't take any permanent damage.

"Luckily, or, on purpose, we chose an aluminum alloy that is very insensitive to corrosion," Gerstenmaier told reporters.