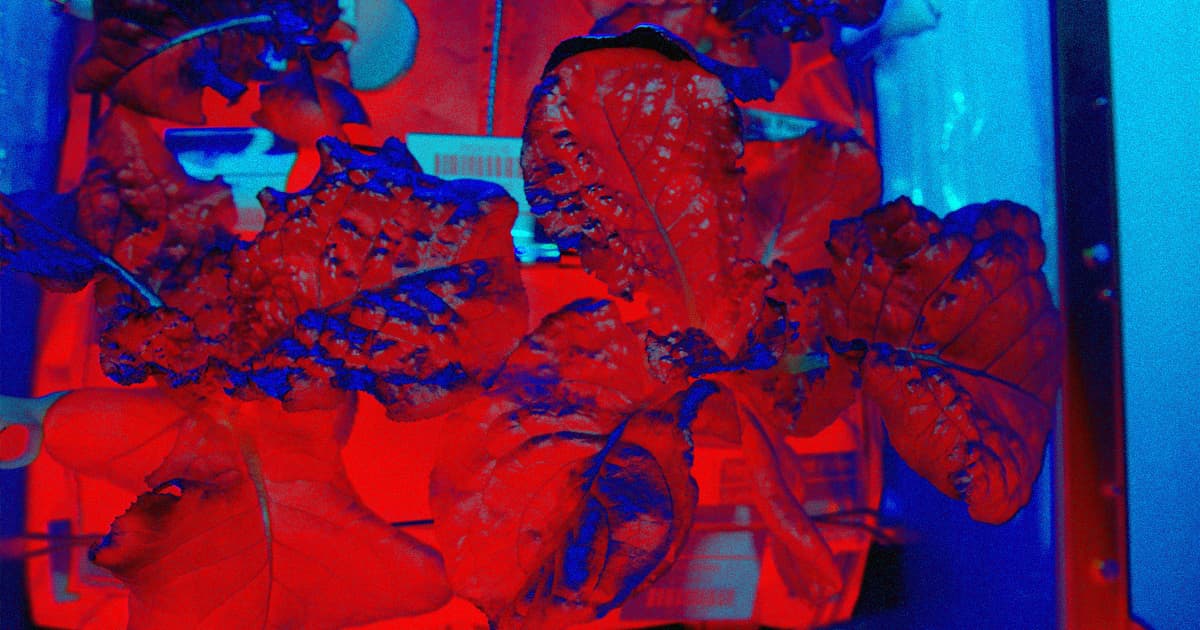 Good News: Space Lettuce Is Safe to Eat, Good for You

According to a study published in the journal Frontiers in Plant Science, lettuce grown in space isn’t just delicious — it’s also just as nutritious and safe to eat as boring old Earth lettuce.

“The ability to grow safe, fresh food to supplement packaged foods of astronauts in space has been an important goal for NASA,” reads the paper.

After an thorough examination of lettuce grown on board the International Space Station (ISS), the researchers concluded that it showed barely any differences compared to Earth-grown lettuce — except for negligible shifts in the content of certain metals, including iron, potassium, and zinc.

Astronauts cultivated lettuce on the ISS between 2014 and 2016. A NASA control back on Earth replicated the exact conditions to compare later.

The results were encouraging: the two lettuces were almost exactly the same, down to the microbial communities found on the plants.

Growing lettuce, however, is far easier  than other veggies.

“Tomatoes and peppers, which we hope to grow this year and next, will need similar growing conditions,” lead author and Kennedy Space Center researcher Christina Khodadad told Astronomy. “But because they take a lot longer to grow (28 days versus 80 days), they are much more of an investment of time and resources.”

Fire! Fire!
NASA Is Setting a Fire Inside a Spaceship
5. 12. 20
Read More
New NASA Research Will Probe Inner Workings of Quantum Mechanics in Space
9. 18. 17
Read More
SpaceX, NASA, and HPE Are Sending a Supercomputer to the ISS
8. 13. 17
Read More
+Social+Newsletter
TopicsAbout UsContact Us
Copyright ©, Camden Media Inc All Rights Reserved. See our User Agreement, Privacy Policy and Data Use Policy. The material on this site may not be reproduced, distributed, transmitted, cached or otherwise used, except with prior written permission of Futurism. Fonts by Typekit and Monotype.