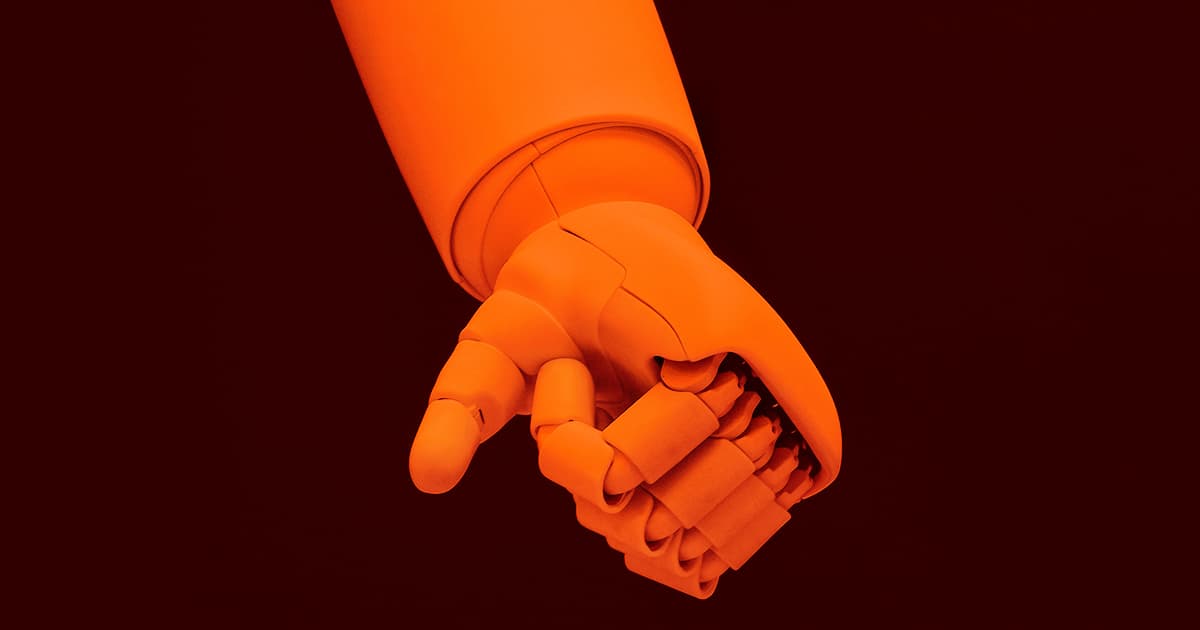 "In our business of national defense, it's imperative that we embrace this new age, lest we fall behind our strategic competitors."

"In our business of national defense, it's imperative that we embrace this new age, lest we fall behind our strategic competitors."

The head scientist of the US Space Force has an unusual idea for how to maintain military dominance: augmenting and upgrading human soldiers.

Speaking at an Air Force Research Laboratory event, Space Force chief scientist Joel Mozer suggested that we're entering an era during which soldiers can become a "superhuman workforce," according to Metro, thanks to new tech including augmented and virtual reality, sophisticated AI, and nerve stimulation.

"In the last century, Western civilization transformed from an industrial-based society to an information-based society," Mozer said, "but today we're on the brink of a new age: the age of human augmentation."

The notion of developing supersoldiers has been of particular interest lately, with countries including Russia, France, and the US seeking out new ways to enhance their soldiers' capabilities. Therefore, Mozer simply frames the issue as a matter of keeping up with the competition.

"In our business of national defense, it’s imperative that we embrace this new age, lest we fall behind our strategic competitors," Mozer said.

Mozer also added that the US may create supersoldier-like forces without actually augmenting people themselves, but instead by making them more effective by introducing new AI tech into the battlefield, especially pertaining to logistics management and developing strategies that wouldn't have occurred to human commanders.

"This will extend to the battlefield, where commanders and decision makers will have at their disposal multiple autonomous agents," Mozer said, "each able to control the execution of things like reconnaissance, or fire control, or attack."

More on supersoldier tech: The US Army Is Developing Tech That Reads Soldiers' Minds