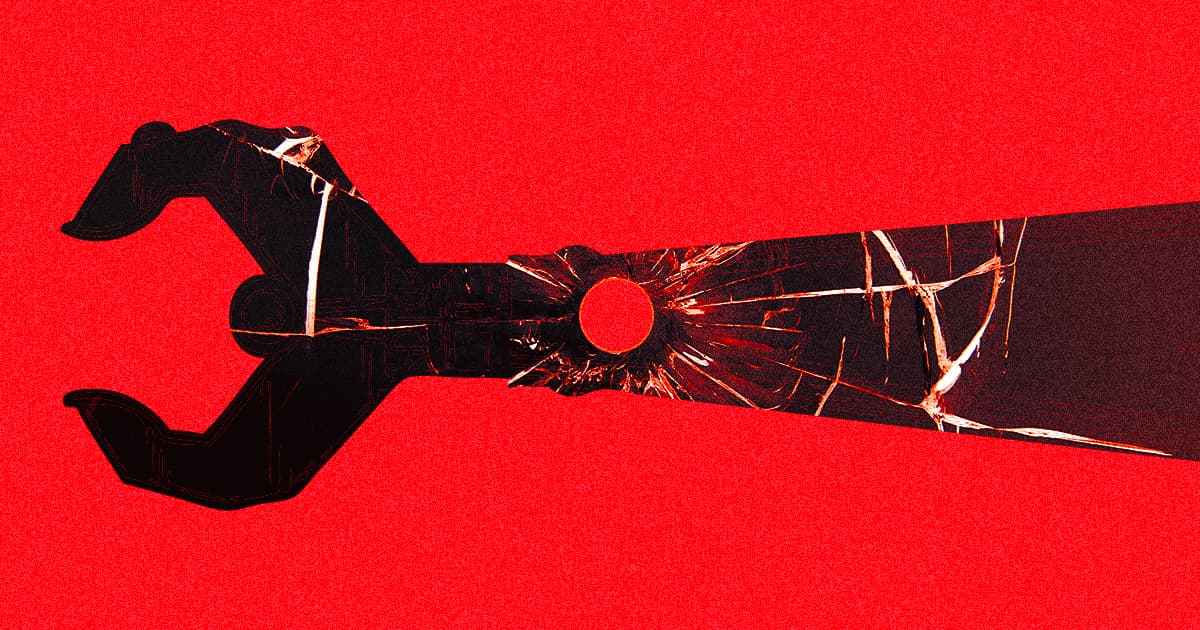 Crewmembers on the International Space Station found something alarming during a routine inspection in May: a tiny hole punched into the side of Canadarm2, the space station's robotic arm provided by the Canadian Space Agency.

Apparently a small piece of space junk — pieces of garbage from other satellites or rocket launches whizzing around the planet at dangerously high speeds — must have smacked into Canadarm2 and punched a tiny hole at least part of the way through, according to Space.com. Thankfully, the arm still works, but the collision highlights just how dangerous space exploration could become as more and more orbital debris finds its way into orbit.

The Canadian Space Agency referred to the collision as a "lucky strike" in a press release last week. That's not only because the robotic arm survived the orbital onslaught — and because the space garbage didn't hit the hull of the ISS and put crewmembers in danger — but because the odds of a collision with the 14 inch-wide Canadarm2 are so low to begin with.

Based on video footage taken from the ISS, it's not yet clear whether the space debris punctured all the way through the robot arm or if it either bounced off or got stuck. But either way, it seems to have missed anything critical for the robot arm's operation, and the space station's work continues unimpeded.

"Results of the ongoing analysis indicate that the arm's performance remains unaffected," reads the press release. "The damage is limited to a small section of the arm boom and thermal blanket."