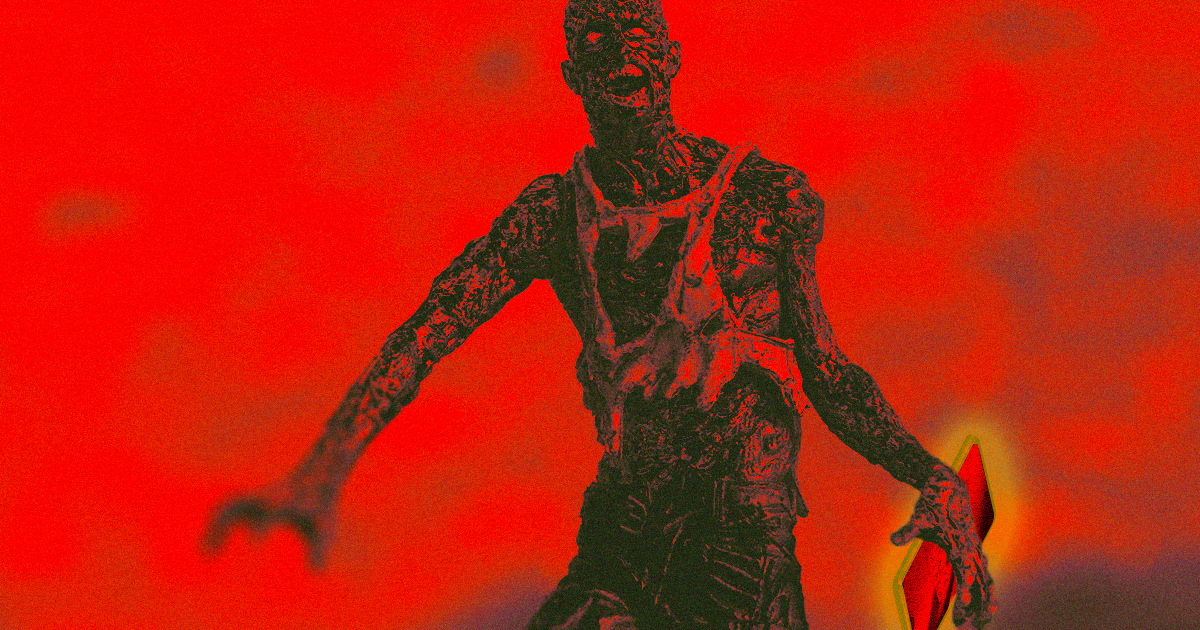 Hold on, my phone says there's a car about to run over me.

Hold on, my phone says there's a car about to run over me.

A city near Seoul, in South Korea, is worried about "smartphone zombies" who wander into traffic while looking at their phones.

Its solution, according to Reuters: a high-tech crosswalk that uses lights, lasers and an app to alert phone-addicted pedestrians that they're about to be hit by a car.

"Increasing number of smombie [smartphone zombie] accidents have occurred in pedestrian crossings, so these zombie lights are essential to prevent these pedestrian accidents," Kim Jong-hoon, a researcher at a local university who helped design the system, told Reuters.

Even stranger: an accompanying app cautions the "smartphone zombies" whenever the crosswalk lights are triggered with a message that reads "wait, a car is coming," according to CNET.

A similar LED sidewalk light system was installed at crosswalks in Tel Aviv, Israel. "We cannot force them to take their eyes out of the smartphone and into the road. We need to find ways to put the road into their eyes," head of the traffic management division for Tel Aviv Tomer Dror told the Toronto Star.

According to the Pew Research Center, South Korea has the world's highest smartphone penetration rate — according to the group's spring 2018 data, 95 percent of the population owns a smartphone, compared to just just 81 percent in the United States.

If all goes well, the system will eventually go nationwide — potentially saving tens of millions of smartphone zombies from road accidents, or maybe driving them even further into complacency.

More on smartphone zombies: I Tried Apple’s Screen Time Tool. The Results Were Not Heartening.

Please Hold
Playing on Your Phone at the Store Could Make You Buy More Junk
5. 6. 19
Read More
Google Is Investing in the Not-Quite-So-Smart Smartphone Market
6. 28. 18
Read More
The First Blockchain Smartphone for the US is Here
5. 3. 18
Read More
+Social+Newsletter
TopicsAbout UsContact Us
Copyright ©, Camden Media Inc All Rights Reserved. See our User Agreement, Privacy Policy and Data Use Policy. The material on this site may not be reproduced, distributed, transmitted, cached or otherwise used, except with prior written permission of Futurism. Articles may contain affiliate links which enable us to share in the revenue of any purchases made.
Fonts by Typekit and Monotype.