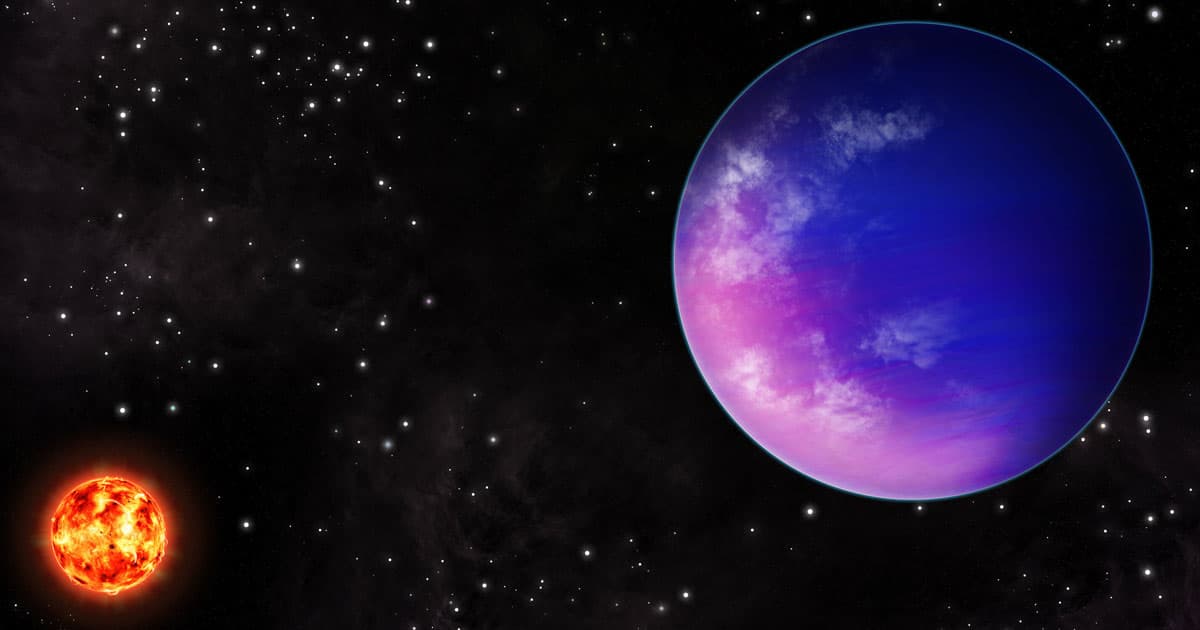 Like Your First Quarantine Sourdough Attempt, This Exoplanet Is "Surprisingly Dense"

This planet just makes no sense.

This planet just makes no sense.

Astronomers have observed an unusual exoplanet, some 150 light-years from Earth, that's far more dense for its size and age than thought possible. The discovery could force scientists to rethink how planets are formed.

The planet, dubbed K2-25b, orbits a young M dwarf star — the most common type of star in our galaxy — in the Hyades cluster, better known as the Taurus constellation. The planet orbits its star in just 3.5 Earth days.

And yet, scientists say, the planet packs 25 times the mass of Earth into a package smaller than Neptune, which has a diameter only about four times that of Earth. In other words, it's really, really dense.

Conventional theories suggest that giant planets first form an ice-rock core of five to ten Earth masses, before shrouding themselves in a thick layer of gas, hundreds of times the mass of Earth, like Jupiter.

But K2-25b breaks this mold. "K2-25b is unusual," Gudmundur Stefansson, a postdoctoral fellow at Princeton University, and lead author of the paper, which was recently accepted into The Astronomical Journal, said in a statement. "The planet is dense for its size and age, in contrast to other young, sub-Neptune-sized planets that orbit close to their host star."

"K2-25b, with the measurements in hand, seems to have a dense core, either rocky or water-rich, with a thin envelope," he added.

The discovery was made using highly sensitive telescopes that used an "Engineered Diffuser" — a $500 piece of equipment anybody can buy. This diffuser allows light from faraway stars to be spread over more pixels, giving observations more detail and precision.

In other words, thanks to the diffuser, smaller diameter telescopes can be used to make far more precise measurements of stars that otherwise would've required much larger telescopes.

How is Planet Born
Stunning Images Appear to Show a Planet Being Born
5. 20. 20
Read More
Meet the Coldest and Least Massive Gas Giant Ever Imaged
9. 6. 15
Read More
Rest in Punks
The Ultimate Sign That NFTs Are Uncool: Museums Are Now Embracing Them
Yesterday
Read More
+Social+Newsletter
TopicsAbout UsContact Us
Copyright ©, Camden Media Inc All Rights Reserved. See our User Agreement, Privacy Policy and Data Use Policy. The material on this site may not be reproduced, distributed, transmitted, cached or otherwise used, except with prior written permission of Futurism. Articles may contain affiliate links which enable us to share in the revenue of any purchases made.
Fonts by Typekit and Monotype.