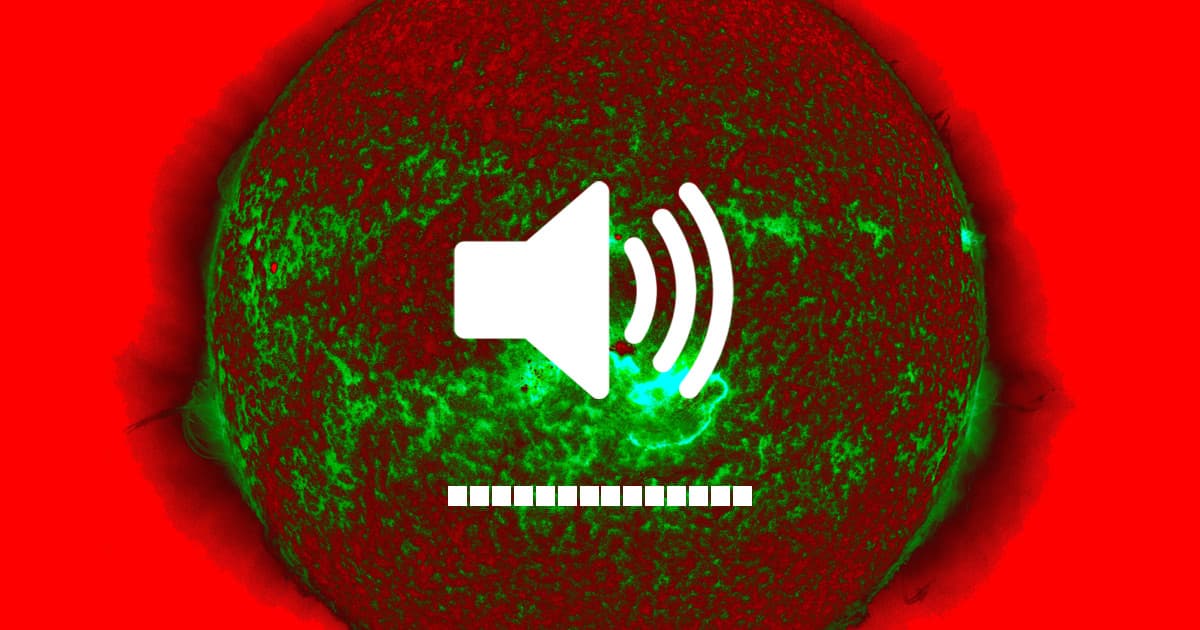 If Sound Traveled Through Space, the Sun Would Be Extremely Annoying

By this scientist's calculations, the Sun would sound like "10,000 Earths covered in police sirens, all screaming.”

By this scientist's calculations, the Sun would sound like "10,000 Earths covered in police sirens, all screaming.”

If the vacuum of space didn't prevent sound from traveling, what would the Sun sound like?

That's the question posed by a delightful new piece from Astronomy Magazine — a concept that invokes the screaming sun planet from the popular sci-fi cartoon "Rick and Morty."

I Scream, You Scream

Thankfully our Sun seems quiet, but the harsh reality is that if we could hear the sound of the Sun, it would probably be maddening.

The massive ball of super-heated plasma undergoes constant convection cycles in which millions of pockets of super-hot gasses, each about the size of Texas, rise and fall.

By DeForest's calculations, according to Astronomy, the Sun would sound like "10,000 Earths covered in police sirens, all screaming.”

After traveling 92 million miles from the Sun to Earth, he believes, the sound would fall to about 100 decibels, like a constant rock concert. Long enough exposure could cause hearing damage.

Mercifully, though, the vacuum of space prevents the transmission of sound.

Read More: What would the Sun sound like? [Astronomy]