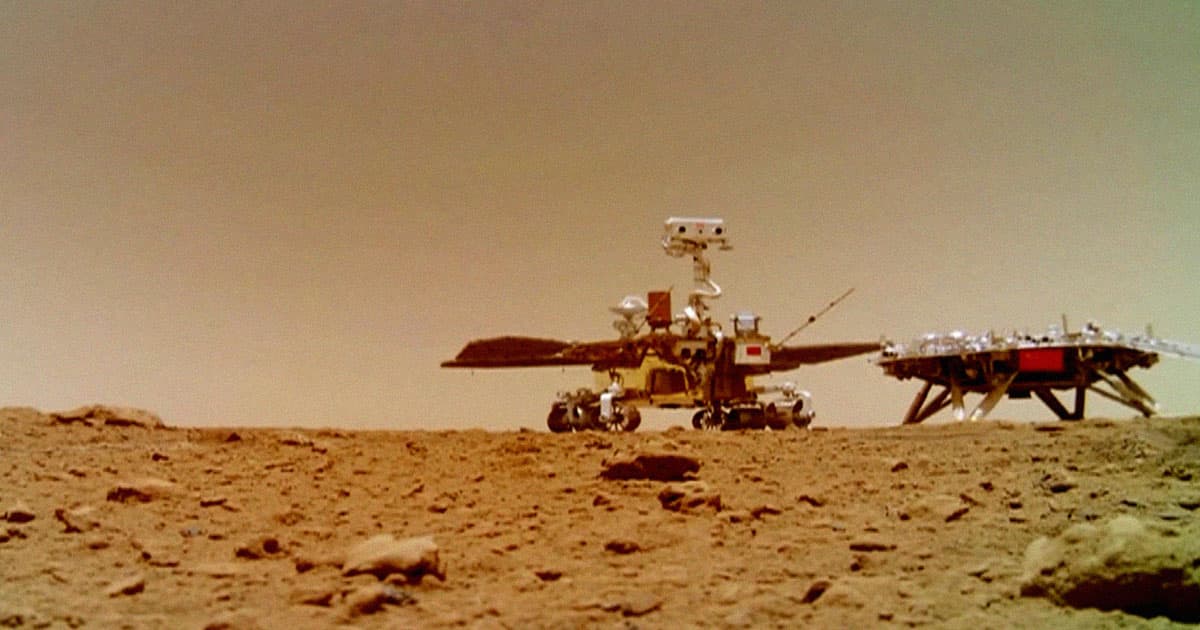 Something Is Reportedly Wrong With China's Mars Rover

China's Zhurong rover might be in big trouble, after more than a year and a half into its stint on the Martian surface.

Scientists are scrambling to get the rover to wake from hibernation, sources tell the South China Morning Post, a safety protocol meant to shield it from a brutal Martian winter filled with powerful sandstorms.

The rover was put into sleep mode back in May, but scientists have been struggling to get it to jump back into action since late December — an unfortunate fate for a mission that's already been declared a success by Chinese authorities.

One source familiar with the matter told the newspaper that "most likely the sandstorms have seriously weakened Zhurong’s capacity to use its solar panels to generate power."

Making matters worse for China's Mars exploration program, scientists are also struggling to take images of the Zhurong rover using China's Tianwen-1 probe, which is circling the Red Planet in an elliptical orbit.

The rover was meant to wake up once a certain power level and temperature threshold had been met, according to the SCMP.

While its ultimate fate is still in unknown, Zhurong has already vastly exceeded expectations. The rover was initially designed to wander the Martian landscape for a mere three months.

So far, it managed to travel well over a mile over an entire year before being put into hibernation mode.

More on Zhurong: Chinese Mars Rover Reportedly Touches Down on Surface of Mars