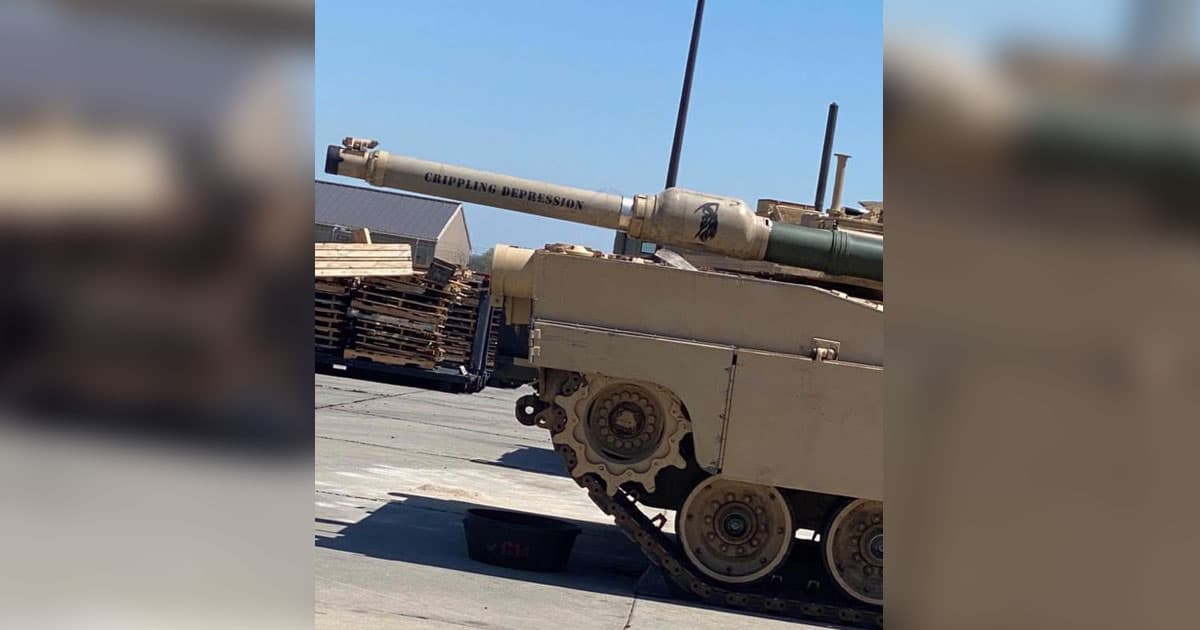 Members of the U.S. Army are once again showing their more creative side when it comes to naming their vehicles and artillery.

One tank crew, for instance, recently named its tank after one of the most terrifying killers of all, Task & Purpose reports — dubbing it “Crippling Depression.”

Individual tank crews actually have a fair amount of leeway when to comes to picking the name that will be stenciled down the barrel of their tank’s gun.

As long as it isn’t too profane and it begins with the same letter as the crew’s company or squadron, Business Insider reports that most names will pass. That leads to tanks being given some some less savory joke names. But a great deal are also named after celebrities like Dwayne Johnson and Betty White, or tacticool names like “Boomstick.”

More on military technology: The Coolest (and Scariest) Military Tech of 2019

Rock 'Em Sock 'Em
The Head of US Space Command Fears China’s Giant Robot Arms
5. 24. 21
Read More
The Air Force Has Invested $26.3 Million in a High-Energy Laser for Fighter Jets
11. 9. 17
Read More
Military Drone Operators Are About to Outnumber Human Pilots
3. 15. 17
Read More
+Social+Newsletter
TopicsAbout UsContact Us
Copyright ©, Camden Media Inc All Rights Reserved. See our User Agreement, Privacy Policy and Data Use Policy. The material on this site may not be reproduced, distributed, transmitted, cached or otherwise used, except with prior written permission of Futurism. Fonts by Typekit and Monotype.