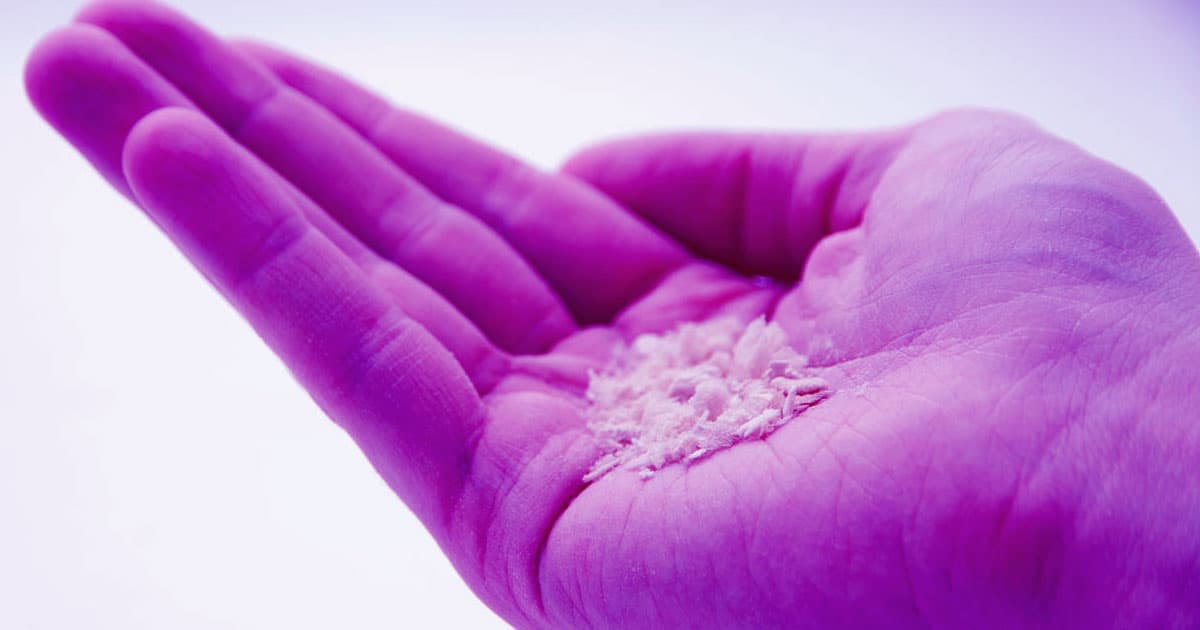 A Finnish Startup Is Making Food out of Carbon Dioxide

Solar Foods is creating edible protein "out of thin air."

Solar Foods is creating edible protein "out of thin air."

Solar Foods has developed a process that uses renewable energy and the carbon dioxide polluting our atmosphere to create an alternative protein it calls Solein.

The company says this process makes Solein 100 times more climate-friendly than other sources of protein, even those created from plants — and if it proves scalable, the technique could address both the devastating environmental impact of current agricultural techniques as well as the need to produce food in places where those techniques aren't workable.

To create Solein, Solar Foods starts by using renewable energy to split water cells into hydrogen and oxygen. Then it combines the hydrogen with CO2, and adds potassium, sodium, and other nutrients.

Then the company feeds the concoction to microbes, which in turn create an edible ingredient Solar Foods says is roughly 20 to 25 percent carbohydrates, 5 to 10 percent fat, and 50 percent protein.

"Producing Solein is entirely free from agriculture — it doesn't require arable land or irrigation and isn't limited by climate conditions," Solar Foods told Dezeen. "It can be produced anywhere around the world, even in areas where conventional protein production has never been possible."

Solar Foods hopes to get Solein into grocery stores within the next two years, perhaps in the form of protein shakes or plant-based yogurt. Eventually, the company might even team up with other future food startups.

“We know Beyond Meat and Impossible Foods use pea protein, soy proteins" CEO Pasi Vainikka told Fast Company. "And if they scale big time, they need a lot of these proteins."

READ MORE: Would you eat a burger made out of CO2 captured from the air? [Fast Company]

From Our Partners
This Is What The Future of Farming Looks Like
4. 22. 21
Read More
Brands We Love
This Innovative Crowdfunding Platform Lets You Invest in US Farmland
5. 11. 20
Read More
Blockchain Could Help Restaurants Make Sure the Seafood You Order Is Actually What Lands on Your Plate
3. 4. 18
Read More
+Social+Newsletter
TopicsAbout UsContact Us
Copyright ©, Camden Media Inc All Rights Reserved. See our User Agreement, Privacy Policy and Data Use Policy. The material on this site may not be reproduced, distributed, transmitted, cached or otherwise used, except with prior written permission of Futurism. Articles may contain affiliate links which enable us to share in the revenue of any purchases made.
Fonts by Typekit and Monotype.