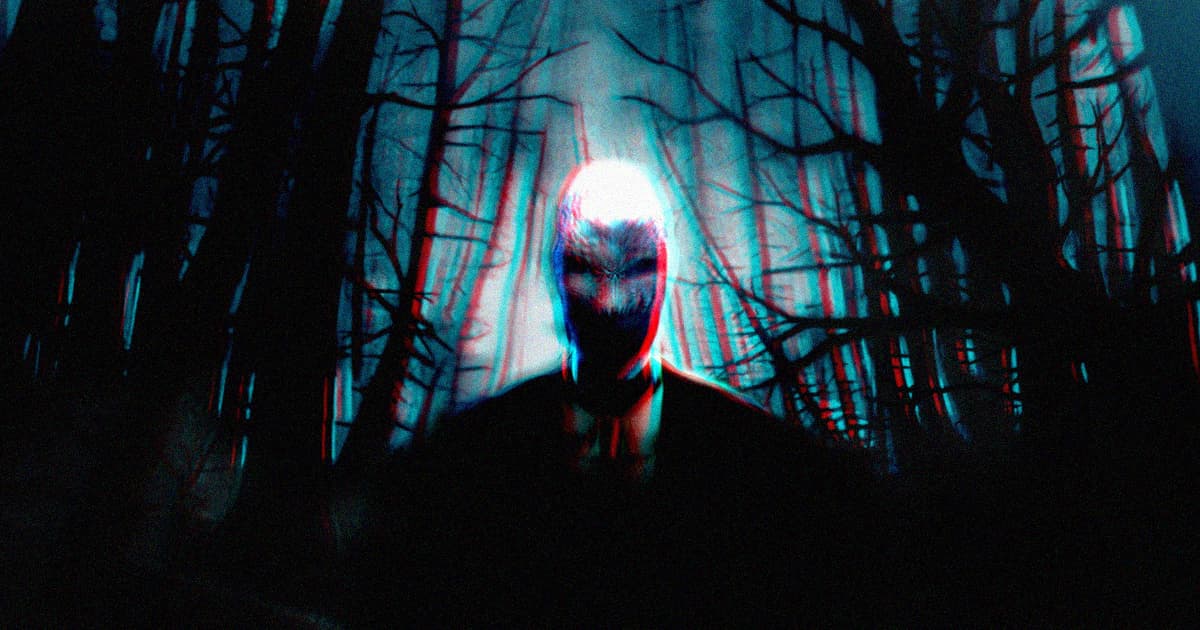 12-Year-Old Develops Slenderman Phobia After Seeing Him in VR

We need to think long and hard about what we want to get out of a so-called "metaverse."

We need to think long and hard about what we want to get out of a so-called "metaverse."

As Facebook and other companies take steps to build a "metaverse" and strive to make virtual and mixed reality experiences as much of an all-encompassing tech as the internet is today, experts are sharing concerns about safety, both during the experiences themselves and in terms of the impact they can have on our offline lives.

One 12-year-old girl told Slate that she now has a "phobia" of Slenderman, the fictional, child-killing figure that once inspired a real-life stabbing, after watching a VR experience of the supernatural figure stalking the viewer. She added that she regularly watched YouTube videos of Slenderman without issue, but has been afraid of the character popping up and attacking her in real life ever since making the switch to VR. It's a jarring story, and one that illustrates how VR can, without proper safeguards, be a dangerous presence in our lives.

"It's hard to sleep," the girl told Slate.

Die in the Game

Existing research on virtual and mixed reality suggests that traumatic or abusive experiences in a VR environment are far more damaging than those in other digital settings, Slate notes. Despite its many promises, which include being used as a treatment to reduce phobias, a VR "metaverse" could end up as just another toxic ecosystem filled with as much vitriol — and exploitation — as the internet is today.

Citing a study published in the Journal of Children and Media in 2017, Slate argues that VR can cause experiences that are perhaps too powerful, and most importantly perceived as being too real, for children to use the tech without proper safeguards and regulations.

Kids are impressionable, and VR is convincing, University of Texas, Austin VR expert Jakki Bailey told Slate. Whether it's a terrifying video of Slenderman or advertising and targeting practices that could become even more sinister than what we have today, the human impacts of spending time in a virtual world can be profound. That, Slate argues, means we should figure out what kind of virtual world we want to build before Facebook decides for us.

READ MORE: If Social Media Can Be Unsafe for Kids, What Happens in VR? [Slate]

Virtual Murder
UAE Official Says Murder Should Be Illegal in the Metaverse
May 26
Read More
Notaverse
In Extremely Confusing Twist, Facebook Says It Isn't Building a Metaverse After All
May 20
Read More
Tyrannosaurus Exec
Mark Zuckerberg Says That When Employees Call Him the "Eye of Sauron," It's Actually a Compliment
Apr 1
Read More
+Social+Newsletter
TopicsAbout UsContact Us
Copyright ©, Camden Media Inc All Rights Reserved. See our User Agreement, Privacy Policy and Data Use Policy. The material on this site may not be reproduced, distributed, transmitted, cached or otherwise used, except with prior written permission of Futurism. Fonts by Typekit and Monotype.