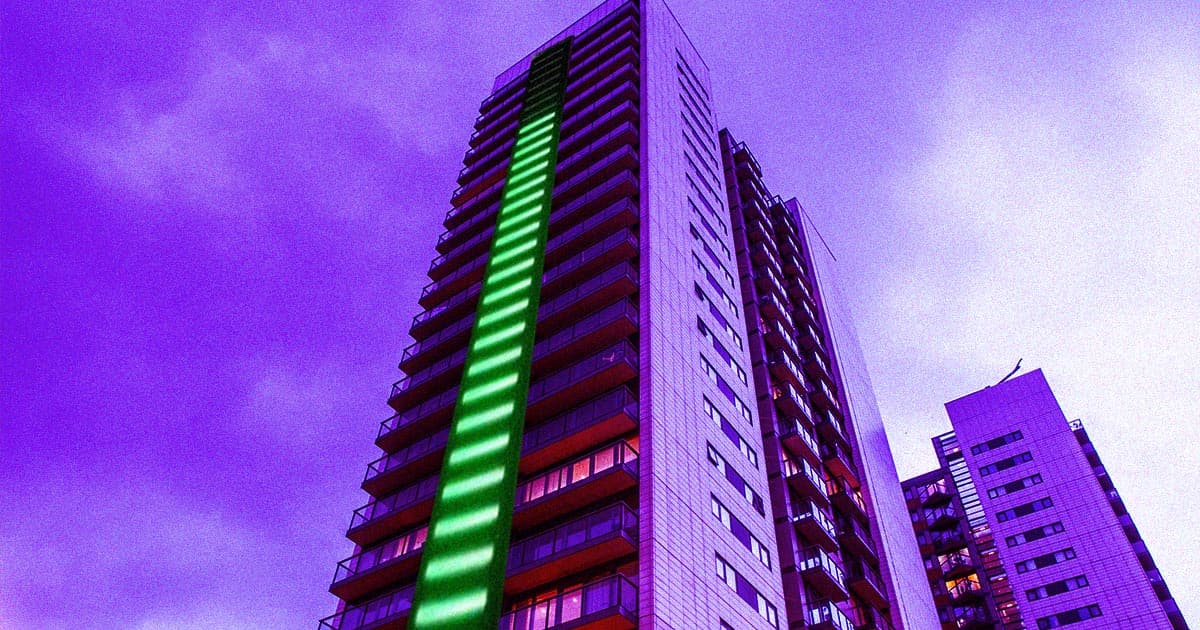 Here's how it works.

Here's how it works.

Researchers have come up with an ingenious idea to tackle our renewable energy storage woes — effectively turning skyscrapers into massive gravity-powered batteries.

A team from the International Institute for Applied Systems Analysis (IIASA) in Austria suggest to take advantage of the vertical height of tall buildings, a system they've dubbed the Lift Energy Storage Technology (LEST).

The idea is to have autonomous robots load heavy ballasts into existing elevators when demand for power is low and store them at the top of the building. When energy usage peaks, these weights could then be added back to the elevators and lowered back down, generating extra electricity through a generator.

The LEST system could allow individual buildings to greatly lower their dependence on the central grid, the scientists say, particularly during peak hours, while also allowing us to store more renewable energy in built up areas — but, as always, the devil is in the detail.

It's a deceptively simple idea that makes use of existing infrastructure.

"The concept of LEST came to me after having spent a considerable amount of time going up and down in a lift since recently moving into an apartment on the 14th floor," said IIASA researcher Julian Hunt, lead author of a new paper published in the journal Energy, in a statement.

But there are plenty of details that still need to be ironed out before high rises can be turned into giant batteries. For one, the team still has to figure out where weights for the system can be stored at the top of the building when the system is fully charged. Then there's the issue of spreading out the weight enough to make sure the ceilings don't collapse.

Despite the limitations, though, the team is optimistic.

"Environmentally friendly and flexible storage technologies like LEST are set to become more and more valuable to society in a future where a large share of its electricity comes from renewables," said study coauthor Behnam Zakeri in the statement.

"Therefore, policymakers and power system regulators need to adopt strategies to incentivize end users, in this case, high-rise buildings, to share their distributed storage resources, such as LEST, with the central grid," Zakeri added.

Doc Ock Was Here
A White-Hot Molten Silicon "Sun" Could Power 100,000 Homes
12. 7. 18
Read More
What's A Proton Battery? Three Things You Need To Know.
3. 11. 18
Read More
Experts: Batteries Will Meet Increasing Energy Storage Needs In 5 Years
10. 23. 17
Read More
+Social+Newsletter
TopicsAbout UsContact Us
Copyright ©, Camden Media Inc All Rights Reserved. See our User Agreement, Privacy Policy and Data Use Policy. The material on this site may not be reproduced, distributed, transmitted, cached or otherwise used, except with prior written permission of Futurism. Articles may contain affiliate links which enable us to share in the revenue of any purchases made.
Fonts by Typekit and Monotype.