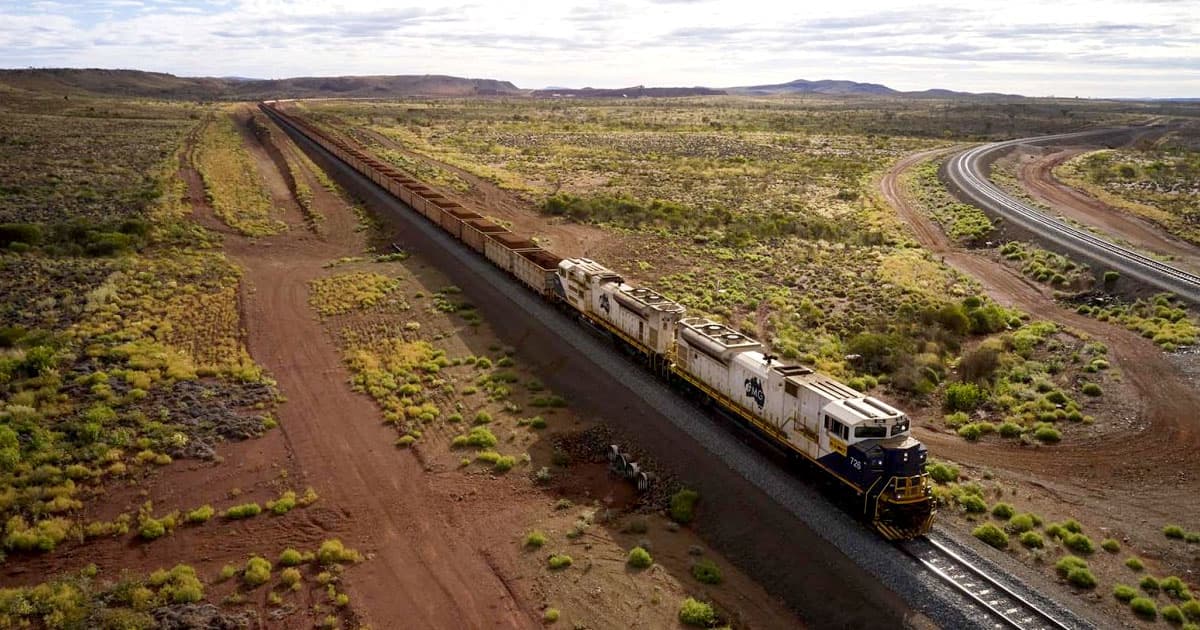 Nothing can stop the Infinity Train!

Nothing can stop the Infinity Train!

Australian mining company Fortescue is looking to reduce the carbon footprint of its operations by allowing a specially designed electric "Infinity Train" to roll down a hill to recharge its massive batteries — without ever relying on an external charging system.

"The Infinity Train has the capacity to be the world’s most efficient battery electric locomotive," Fortescue CEO Elizabeth Gaines said in a statement. "The regeneration of electricity on the downhill loaded sections will remove the need for the installation of renewable energy generation and recharging infrastructure, making it a capital efficient solution for eliminating diesel and emissions from our rail operations."

It's a cleverly designed system: since the train is far lighter on the way up, it will generate enough energy fully loaded with iron ore on the way down to make it back up to the mine. In other words, it might sound like a perpetual motion machine — which is impossible, of course — but in reality it's just an ingenious exploit of conventional physics.

It's not the only system using the same principle. For instance, 110-ton dump trucks hauling lime off the side of a Swiss mountain also consume zero net energy by relying on a regenerative breaking system. In fact, that "eDumper" system produces a significant surplus of energy each day.

Mining companies around the globe are looking to clean up their act by coming up with novel technologies like the Infinity Train. Just last year, the world's largest miners pledged to go carbon neutral by 2050.

Fortescue is hoping to get there sooner, promising to fully decarbonize its mining operations by 2030.

"The Infinity Train will not only accelerate Fortescue’s race to reach net zero emissions by 2030, but also lower our operating costs, create maintenance efficiencies and productivity opportunities," Fortescue founder and chairman Andrew Forrest said in the statement.

The train could have a pretty massive impact when it comes to carbon emissions. Fortescue's rail operations consumed 82 million liters of diesel last year.

Of course, mining itself isn't great for the environment — but cleaning up its impact, even slightly, is a step in the right direction.

More on mining: Corporations Are Sending Huge Mining Machines to the Bottom of the Ocean

Fire Starters
Australia Arrests Dozens for Starting Bushfires on Purpose
1. 7. 20
Read More
Three Seasons
By 2050, Winter Will No Longer Exist in Australia, Say Researchers
3. 12. 19
Read More
Australia Has Big Plans to Save the Great Barrier Reef. But It Can't Do It Alone.
4. 30. 18
Read More
+Social+Newsletter
TopicsAbout UsContact Us
Copyright ©, Camden Media Inc All Rights Reserved. See our User Agreement, Privacy Policy and Data Use Policy. The material on this site may not be reproduced, distributed, transmitted, cached or otherwise used, except with prior written permission of Futurism. Articles may contain affiliate links which enable us to share in the revenue of any purchases made.
Fonts by Typekit and Monotype.