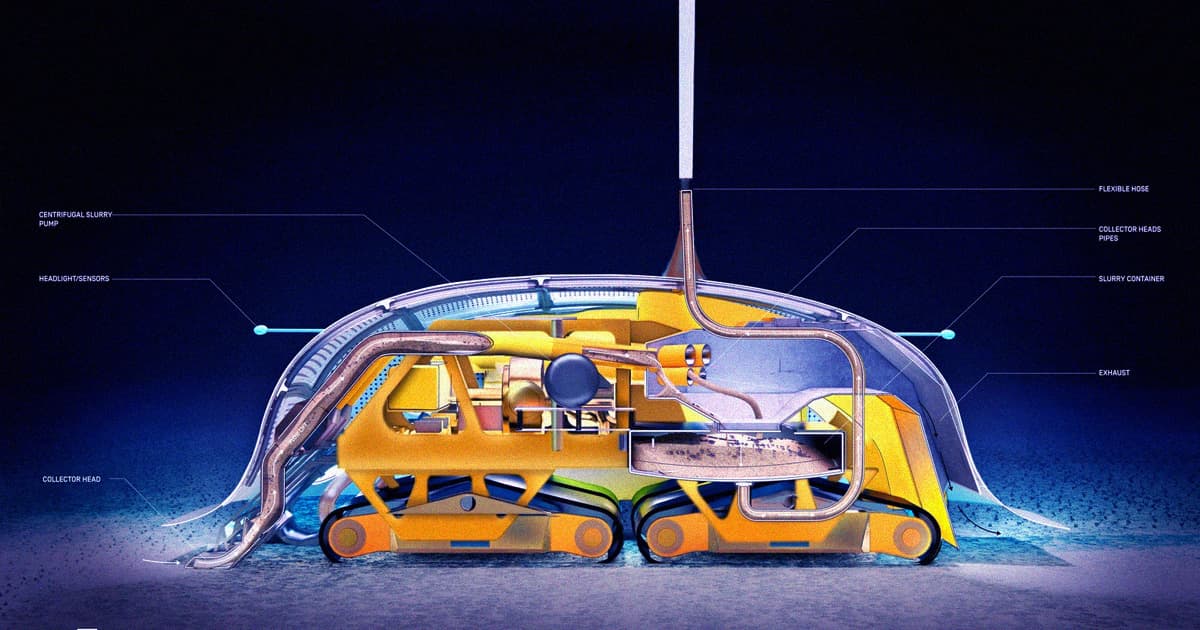 A number of companies are moving forward with plans to mine the seafloor, a process that would involve huge machines scraping nodules of metals like nickel, copper, manganese, and cobalt off of the bottom of the ocean.

The problem is that mining the bottom of the ocean would inevitably destroy any local ecosystems or habitats in the area, The Guardian reports, many of which have never even been explored by scientists. It creates a thorny problem that puts exploration and conservation on one side, and processes that would help developers meet the growing demand for electronics — and especially electric cars — on the other.

"We now have the technology available to us to explore more of the ocean in the next 10 years than we have had in the last 10,000," Oliver Steeds, founder of the deep-sea research foundation Nekton, told The Guardian. Mining tech, he said, represents "an extraordinary opportunity for progress, but also it represents a threat, whether through deep-sea mining or further industrialization and overfishing."

The Metals Company, which used to be called DeepGreen, is one of the mining companies planning to mine the sea floor. The company claims that its practice would be necessary to get the metals necessary for electric car batteries and would have the "least planetary impact" compared to mining from other sources.

But experts and even electric car automakers have pushed back against that narrative, saying that The Metals Company and other companies are glossing over all the ways that mining the sea floor might damage the planet.

Dangling the possibility of widespread electric vehicle adoption by securing the resources necessary to manufacture more and better batteries is certainly tantalizing. But scientists told The Guardian that getting those metals from the seafloor — especially with machines that would cause a poorly-understood environmental impact in an area that's nearly impossible to monitor and regulate — would come at too great a cost.

"There are some very significant questions being raised by scientists about the impacts of ocean mining," University of California, Santa Barbara researcher Douglas McCauley told The Guardian. "How much extinction could be generated? How long will it take these extremely low-resilience systems to recover? What impact will it have on the ocean’s capacity to capture carbon?"

More on ocean mining: This Plan To Mine the Ocean Floor May Erase Whole Ecosystems