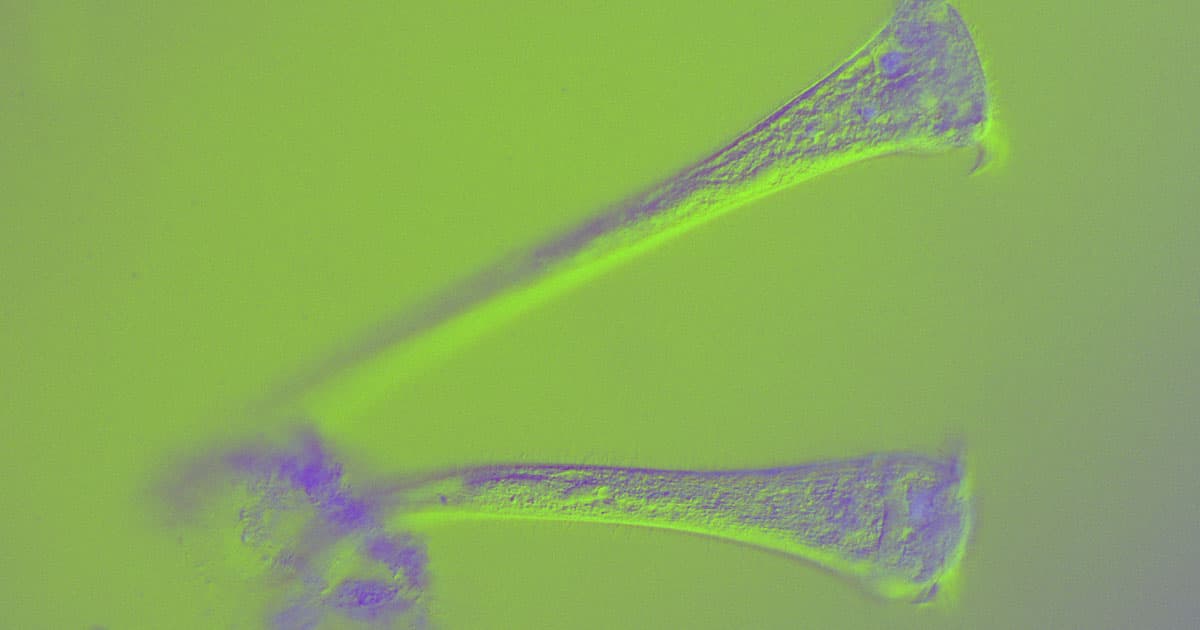 This Single-Celled Creature Is Weirdly Smart

Scientists say they’ve observed what they’re calling signs of complex decisionmaking in a single-celled organism, breathing new life into a theory that was laughed off over a century ago.

The aquatic creature, Stentor roeseli, responds differently over time to the same stimulus, which ScienceAlert reports is evidence that the critter can make decisions — or at least do whatever the single-celled equivalent of changing one’s mind might be. It’s not quite accurate to say a creature without any sort of nervous system is actively thinking, but the discovery challenges many of scientists’ assumptions about animal intelligence.

Similar single-celled organisms will gradually respond less and less to repeated stimuli. Stentor roeseli, however, will first bend away from the source of the stimulus — but later change tactics and flap its cilia in defense, contract, or float away, according to research published Thursday in Current Biology.

A zoologist named Herbert Spencer Jennings first made the same discovery in 1906, ScienceAlert reports, but no one has been able to recreate it since.

The likelihood that the organism would select one strategy over another was nearly a 50-50 split, suggesting that some biological mechanism is choosing one over the other almost as though it were flipping a coin.

Saying that Stentor roeseli can make decisions is more of an illustration than a precise explanation, but until scientists continue to probe the complex behavior, it may be the best way to describe what’s going on in the little critter.

More on intelligence: Fringe Idea: Should we Gene-Hack Animals to Make Them Smarter?