To Understand Why Animals Behave The Way They Do, Scientists Need AI 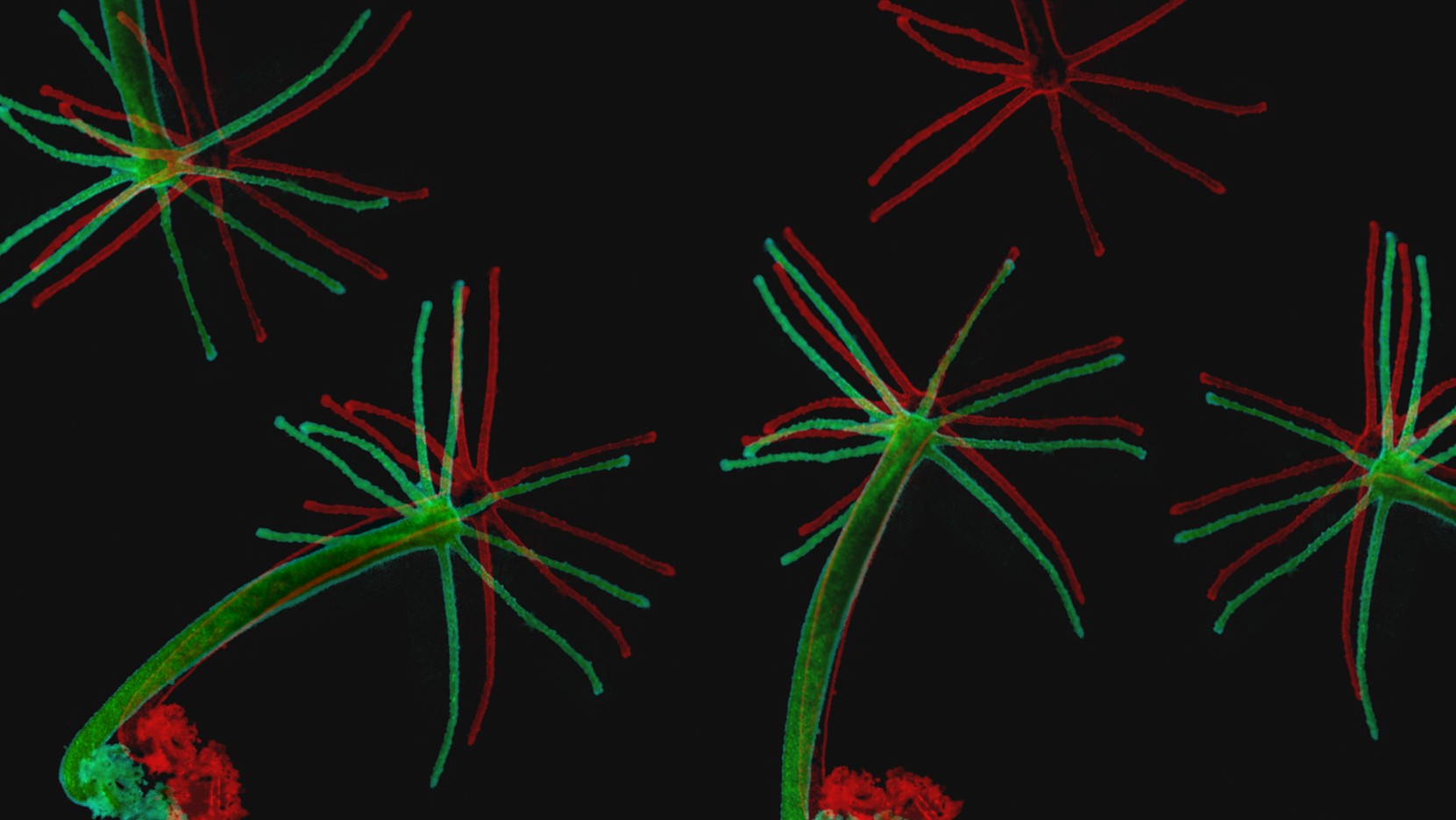 Studying an animal’s behavior can be a real pain for researchers. It takes hours of observing an animal in carefully-designed lab environments, or out in the wild, to glean an ounce of insight into how they act and why. For a team of biologists at Columbia University, there seemed to be a better way: set up a camera and let artificial intelligence do the tedious observing.

The researchers recently published a study about their technique in the journal eLife.

The organism in question is a Hydra vulgaris, a tiny animal related to jellyfish and coral that tends to live in ponds. In the past, the researchers studied the animal’s nervous system and figured out which parts of its brain prompt much of its behavior. Now they’re using AI to track all of that behavior in hopes of figuring out how the two pair up.

The team used an artificial intelligence algorithm that automatically annotated the behaviors of the wormlike Hydra — all of its wiggles, pivots, stretches, and bends. They learned that the species only really engaged in six basic behaviors, which it did no matter the environmental conditions, such as the amount of light, the temperature, or the amount of food nearby.

While it may seem obvious to just keep a camera on these animals and record what they do, remember that our knowledge of animal behavior is far from complete. For example, we didn’t learn until last June that aardvarks drink water because we had never seen them do it.

Now that they have the animal’s basic behaviors as well as an understanding of its neural circuitry, the researchers hope to learn how the two connect. That is: they want to map out Hydra vulgaris’ nervous system to understand exactly how it causes behavior, and to determine if (and how) it could learn new ones. Because the Hydra is a relatively simple organism and pretty easy to study, such experimentation is much more feasible (and, probably, ethical) than it would be on an animal like a dog, cat, or person.

Of particular interest: the Hydra’s ability to carry on with business as usual, even when the biologists were messing around with its environment. The researchers speculate that, in the distant future, understanding this ability could lead to better machines, and vehicles that could withstand extreme environments.

For now, the algorithm these scientists develop could further our understanding of other animals, and even groups of animals, by keeping a watchful eye over them and categorizing everything they do. In the past, this was one of the most arduous tasks for behavioral analysis. It's tedious and inherently biased, as all human analysis of animal behavior is, since researchers might project intent onto an animal’s behavior, or mis-categorize a particular action.

By handing the keys over to an AI, we can eliminate most of those errors. The result: a better assessment of how, and why, animals do what they do.

Read This Next
Naughty Botty
Amazing "Jailbreak" Bypasses ChatGPT's Ethics Safeguards
Immortality Lite
Metaverse CEO Says ChatGPT Is Speeding Up Timeline for Emulating Dead People
Bot Wreck
Red Ventures Knew Its AI Lied and Plagiarized, Deployed It at CNET Anyway
Pleading the Fifth
Extremely Embarrassing Evidence Emerges Against CEO of “Robot Lawyer” Startup
Locker Room
Leaked Messages Show How CNET's Parent Company Really Sees AI-Generated Content
More on Artificial Intelligence
We're in Hell
Yesterday on the byte
Scammers Are Already Convincing Idiots They Can Get Rich Using ChatGPT
Bing Bing Bing!
Yesterday on the byte
Microsoft Appears to Have Accidentally Launched New Bing With ChatGPT Functionality
Year of Efficiency
Feb 3 on the byte
Zuckerberg Says Facebook Will Lean Hard Into AI
READ MORE STORIES ABOUT / Artificial Intelligence
Keep up.
Subscribe to our daily newsletter to keep in touch with the subjects shaping our future.
+Social+Newsletter
TopicsAbout UsContact Us
Copyright ©, Camden Media Inc All Rights Reserved. See our User Agreement, Privacy Policy and Data Use Policy. The material on this site may not be reproduced, distributed, transmitted, cached or otherwise used, except with prior written permission of Futurism. Articles may contain affiliate links which enable us to share in the revenue of any purchases made.
Fonts by Typekit and Monotype.