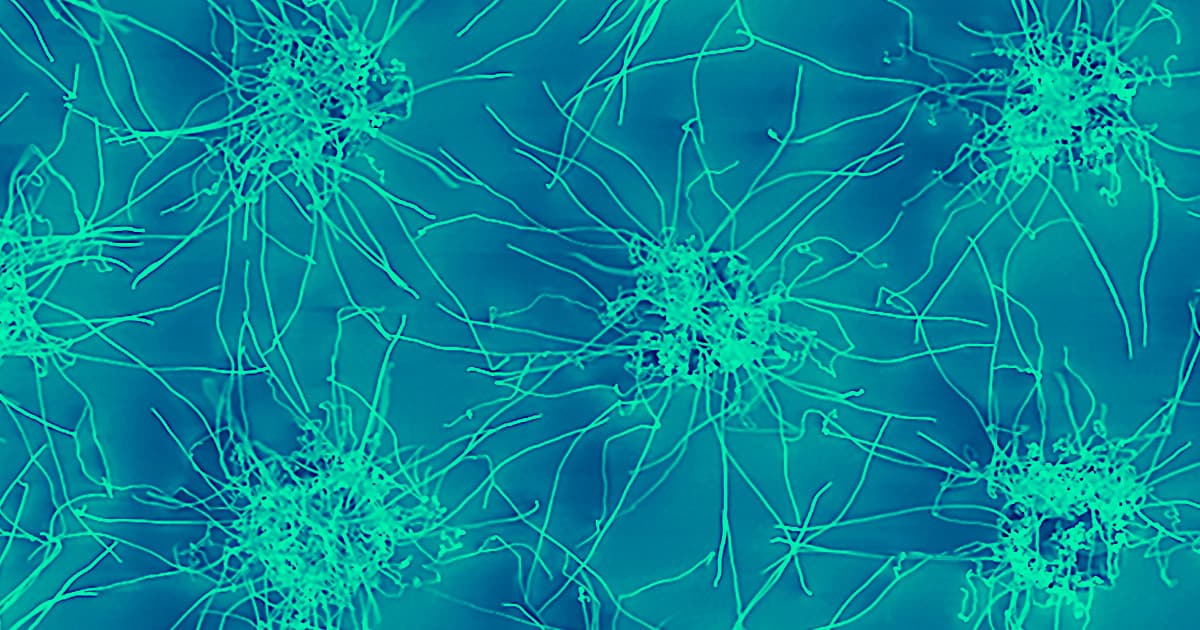 "This is a system between order and chaos, on the edge of chaos."

"This is a system between order and chaos, on the edge of chaos."

Scientists built a tiny, tangled circuit that they say could help them build machines with brains that behave and think like ours.

The device, a mess of nanoscopic silver wires, gives off an ever-shifting pattern of electrical currents that the scientists compared to different states of neural activity such as learning, wakefulness, and sleep, according to a University of California Los Angeles press release. While a tiny, experimental device isn't the same as cracking the code of a true digital brain, the tangled wires may be an important milestone along the way.

As electricity flows through the silver wires, the current actually makes the circuit change its physical shape, which in turn alters its function, according to research published in the journal Scientific Reports.

"This is a system between order and chaos, on the edge of chaos," UCLA biochemist James Gimzewski said in the press release. "The way that the device constantly evolves and shifts mimics the human brain. It can come up with different types of behavior patterns that don't repeat themselves."

While comparing a tiny circuit that changes over time to the immeasurable complexity of the human brain might be a stretch, the device could help scientists work toward increasingly complex computers that can tackle problems modern systems can't.

"Our approach may be useful for generating new types of hardware that are both energy-efficient and capable of processing complex datasets that challenge the limits of modern computers," UCLA researcher Adam Stieg said in the release.

FROM THE DEPT. OF THINGS TO BUY
Best Computer Monitors in 2023
8. 29. 22
Read More
FROM THE DEPT. OF THINGS TO BUY
Best Computer Deals on Amazon Prime Day
7. 13. 22
Read More
If We Want Brain-Computer Interfaces, We Must First Decode the Brain
12. 29. 17
Read More
+Social+Newsletter
TopicsAbout UsContact Us
Copyright ©, Camden Media Inc All Rights Reserved. See our User Agreement, Privacy Policy and Data Use Policy. The material on this site may not be reproduced, distributed, transmitted, cached or otherwise used, except with prior written permission of Futurism. Articles may contain affiliate links which enable us to share in the revenue of any purchases made.
Fonts by Typekit and Monotype.