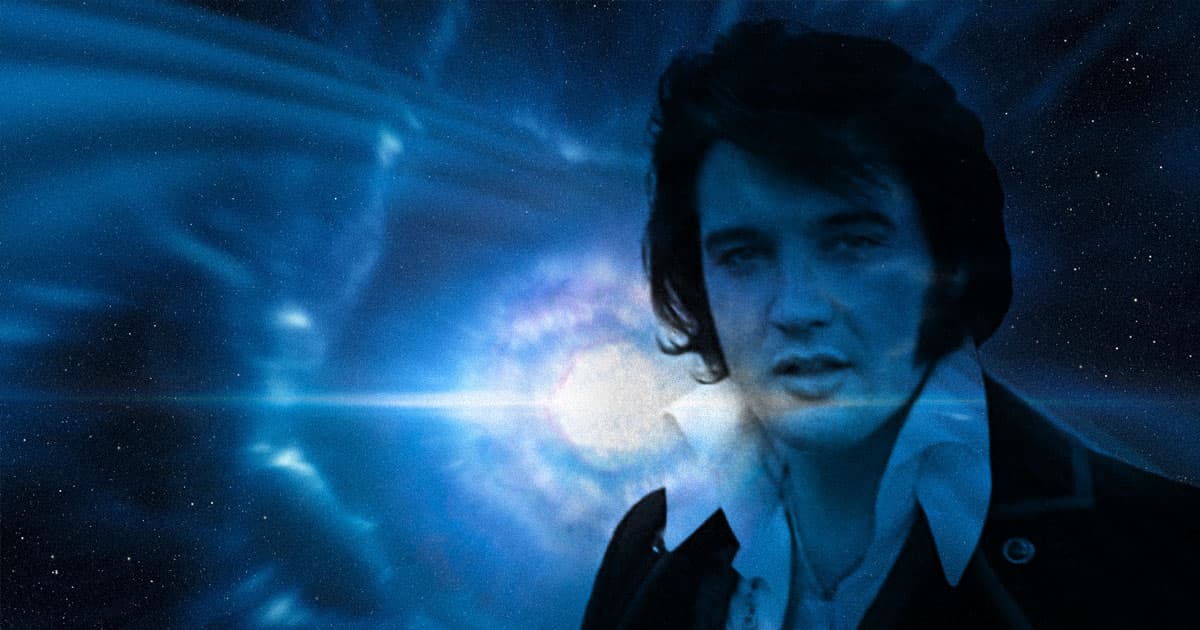 There's probably a perfectly reasonable explanation for this. Probably.

There's probably a perfectly reasonable explanation for this. Probably.

The physicists at LIGO detected more gravitational waves. And this time, they say, the waves resonate at the perfect frequency to harmonize with an Elvis Presley song.

The waves formed a perfect fifth, Science Magazine reports, meaning they sync with the opening notes of Elvis's "Can't Help Falling in Love."

The two notes are a particularly unusual pairing for gravitational waves, the LIGO researchers say — but one that could help them understand how black holes form in the first place.

When a pair of orbiting black holes creates gravitational waves, they usually emanate at a single frequency. Picking up two notes suggests one black hole is significantly more massive than the other, which raises the question of how the two came together to form a binary system in the first place.

The scientists are considering two ideas: that the black holes originated from two stars that were already orbiting each other and then collapsed, or that the two black holes happened to travel near each other after forming independently, Science reports.

But they do know that the bizarre resonance matches not only Elvis' music, but also Einstein's predictions for how such a pair of black holes would behave.

Warped Tour
Professor Believes Door to Warp Drive May Lie With Ethylene Glycol
Feb 2
Read More
Quacks Like a Duck
Those Headlines About Scientists Building a Wormhole Are Total Nonsense, People
12. 1. 22
Read More
Falling In
Objects We Thought Were Black Holes May Actually Be Wormholes, Scientists Say
11. 15. 22
Read More
+Social+Newsletter
TopicsAbout UsContact Us
Copyright ©, Camden Media Inc All Rights Reserved. See our User Agreement, Privacy Policy and Data Use Policy. The material on this site may not be reproduced, distributed, transmitted, cached or otherwise used, except with prior written permission of Futurism. Articles may contain affiliate links which enable us to share in the revenue of any purchases made.
Fonts by Typekit and Monotype.