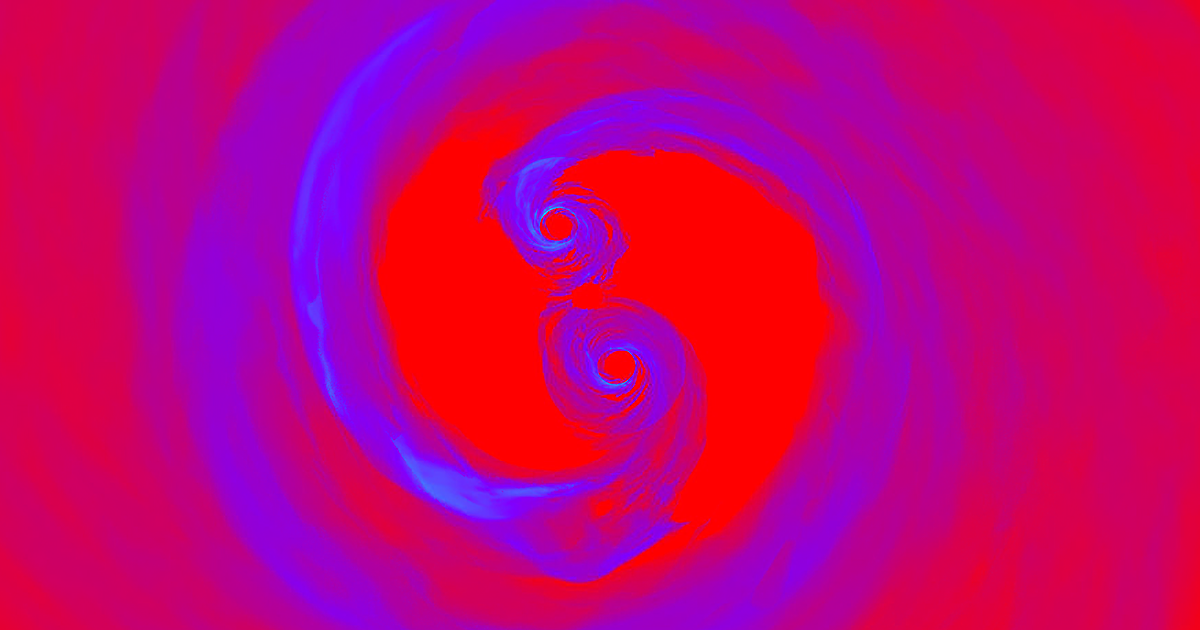 Our Galaxy Might Have — Two! — Black Holes at Its Center

And scientists think they know how to find out for sure.

And scientists think they know how to find out for sure.

We already know our galaxy, the Milky Way, as home to Sagittarius A*, a black hole with a mass about 4 million times that of the Sun.

But an international team of astrophysicists suspects that Sgr A* might have a smaller companion black hole. Now, they think they've figured out how to determine if they're right.

On Thursday, UCLA astrophysicist Smadar Naoz's had a story published in Conversation detailing paper she and her colleagues shared on the pre-print server arXiv. Based on their observations of star S0-2, which orbits Sgr A* every 16 years, the researchers know that the Milky Way's supermassive black hole couldn't have a companion with a mass greater than 100,000 times that of our Sun. But they aren't ruling out a smaller "hidden friend."

Naoz believes the Laser Interferometer Space Antenna, a mission expected to launch in the 2030s, might allow scientists to determine whether or not Sgr A* indeed has a companion by detecting its gravitational waves.

If the Milky Way is home to two black holes, that would imply it once merged with another galaxy, Naoz wrote — meaning Sgr A*'s  "hidden friend" could tell us something new about our galaxy both today, and in the distant past.

READ MORE: Supermassive black hole at the center of our galaxy may have a friend [The Conversation]

Black Hole Snapshot
Scientists Release Image of Black Hole at Center of Our Galaxy
5. 12. 22
Read More
Star War
Scientists Are Trying to Figure Out How to Kill Stars with Black Holes
11. 29. 21
Read More
EHT Tu, Black Hole
Astronomers Release Stunning New Image of Black Hole
3. 24. 21
Read More
+Social+Newsletter
TopicsAbout UsContact Us
Copyright ©, Camden Media Inc All Rights Reserved. See our User Agreement, Privacy Policy and Data Use Policy. The material on this site may not be reproduced, distributed, transmitted, cached or otherwise used, except with prior written permission of Futurism. Articles may contain affiliate links which enable us to share in the revenue of any purchases made.
Fonts by Typekit and Monotype.