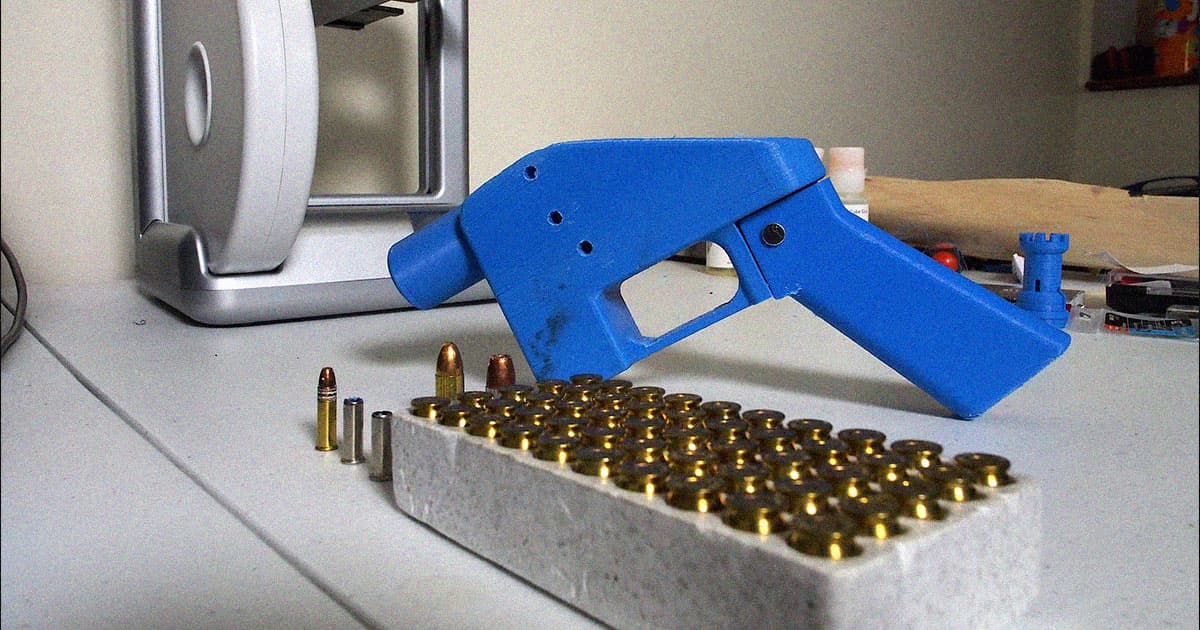 "You can’t guarantee that those guns will never be used to harm someone."

"You can’t guarantee that those guns will never be used to harm someone."

An upstate New York lawman is expressing concern that people around the US are 3D printing firearms to turn into gun buyback programs for cold, hard cash.

He appeared to be referring to several stories that emerged this summer, in which people in Texas, South Carolina and New York did indeed sell back guns they 3D printed at home to local authorities as part of state gun buyback programs. One man, who identified himself only as "Kem," admitted that he 3D printed more than 100 guns to turn into New York State's gun buyback program. He was awarded $21,000 for his efforts, which was paid out to him in $500 gift cards.

The NY state attorney general's office confirmed that the man known as Kem had indeed exploited the program — and as Swenszkowski noted, it's unclear what to do about the loophole, given that others are doing the same in other parts of the country.

"From a public safety perspective," the Utica assistant sheriff said, "getting any gun off the street if it has the potential to harm someone may be just as effective [as buying back traditionally-manufactured guns] so there’s certainly considerations that need to be given."

"You can’t guarantee that those guns will never be used to harm someone or never be used unlawfully," Swenszkowski added in his interview with the Utica-based Spectrum News 1.

To the assistant sheriff's mind, people like Kem should be held accountable for fraud — but he admits that changing the language of these buyback programs, which currently operate on a no-questions-asked basis, may hurt their efficacy.

"It’s a catch-22," Swenszkowski said — and it's hard to argue, given the gravity of gun violence in the US today.

Dron't
Drama Engulfs Plan to Zap School Shooters With Taser-Toting Drones
Jun 4
Read More
Gun Point
Federal Judge: It's Illegal to Post 3D-Printed Gun Designs Online
11. 14. 19
Read More
3D Printed Guns
A Court Just Sent a Man to Prison For 3D Printing a Gun
2. 14. 19
Read More
+Social+Newsletter
TopicsAbout UsContact Us
Copyright ©, Camden Media Inc All Rights Reserved. See our User Agreement, Privacy Policy and Data Use Policy. The material on this site may not be reproduced, distributed, transmitted, cached or otherwise used, except with prior written permission of Futurism. Articles may contain affiliate links which enable us to share in the revenue of any purchases made.
Fonts by Typekit and Monotype.