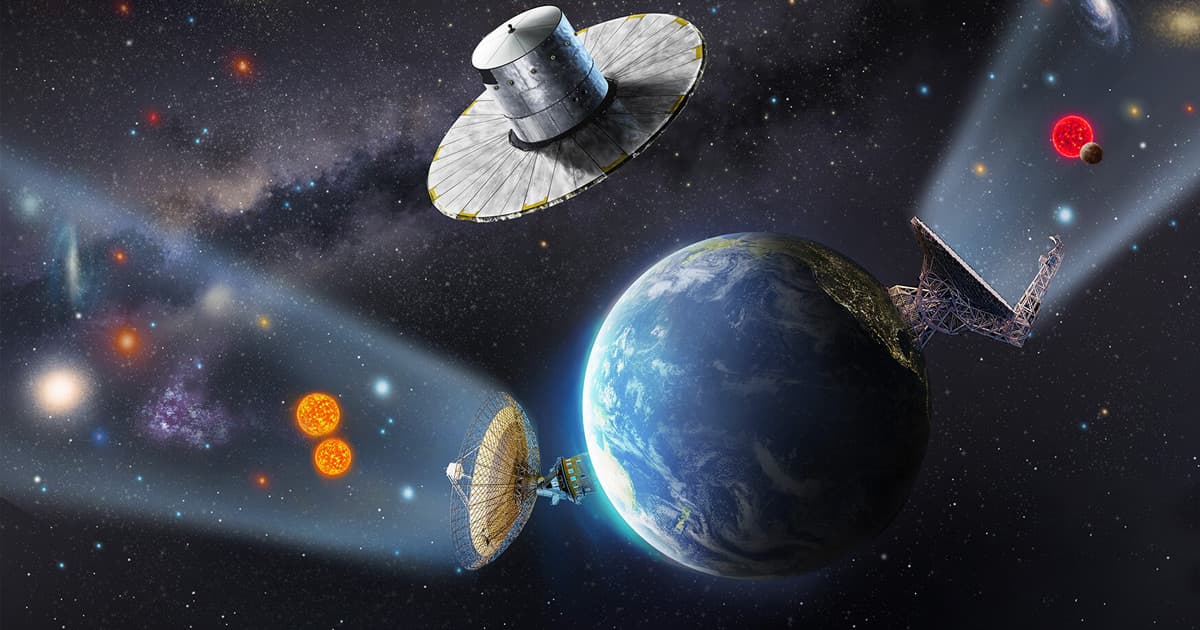 They're now listening for radio signals from 288,315 star systems.

They're now listening for radio signals from 288,315 star systems.

The search for extraterrestrial life just got a whole lot more expansive — a team of scientists keeping an ear out for alien transmissions just ballooned their operation to examine 200 times the number of star systems it had previously.

The Breakthrough Listen Initiative, an effort to intercept radio transmissions sent out by extraterrestrial civilizations, is now listening to 288,315 star systems instead of its previous 1,327, according to preprint research shared online last week. In all, the change represents a major upgrade to one of the more prominent attempts to find intelligent life in the Milky Way.

The University of Manchester scientists behind the project made the improvements after combing through existing European Space Agency data about the locations and distance from Earth of celestial bodies within 33,000 lightyears, which is the range of their radio telescope.

"Knowing the locations and distances to these additional sources," Manchester researcher and team leader Michael Garrett said in a press release, "greatly improves our ability to constrain the prevalence of extraterrestrial intelligence in our own galaxy and beyond. We expect future SETI surveys to also make good use of this approach."

The idea is to identify extraterrestrial civilizations by picking up radio broadcasts, so figuring out how feasible it is for each star system to get a message to Earth helped them narrow down their search while adding the new candidates.

"Our results help to put meaningful limits on the prevalence of transmitters comparable to what we ourselves can build using twenty-first-century technology," study coauthor Bart Wlodarczyk-Sroka said in the release.

More on SETI: Scientists Say Life Could Survive Inside Stars