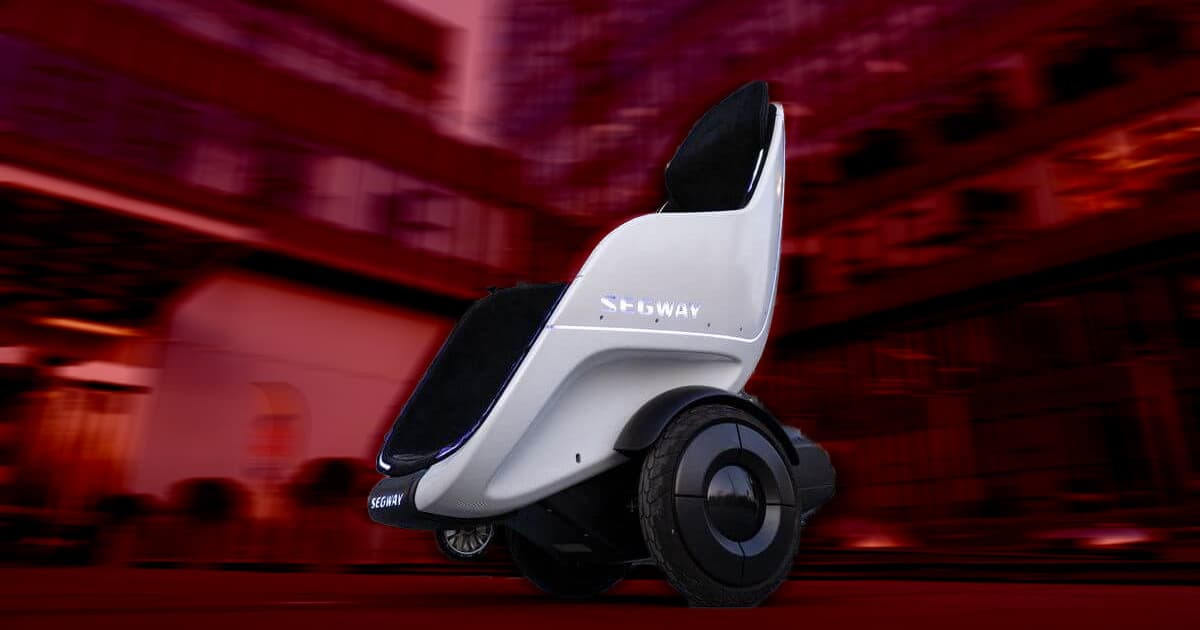 "At the very end of my ride, the joystick came loose, and the Segway egg (and I) crashed into the wall."

"At the very end of my ride, the joystick came loose, and the Segway egg (and I) crashed into the wall."

If you didn't have trouble walking prior to trying out Segway's S-Pod, you might afterward.

During last week's Consumer Electronics Show, Segway gave attendees the chance to test out its self-balancing electric wheelchair for themselves — but had to cut the demo short after a journalist crashed the device into a wall, the BBC reports.

Segway told the BBC that no one was hurt during the crash. It apparently doesn't plan to take any chances with future versions of the chair, though, as Jeff Wu, Segway's director of marketing, said the company plans to add a safety belt to the design.

The BBC report doesn't name of the journalist in the S-Pod at the time of the demo-ending crash, but The Verge's Sean O'Kane did write that he hit a wall during his demo.

"At the very end of my ride, the joystick came loose, and the Segway egg (and I) crashed into the wall," he wrote. "Thankfully, there was no great fall."

That means either O'Kane was the journalist behind the joystick during the crash — or controlling the device isn't as easy as Segway might want you to believe.

RIP
Segway Is No Longer Making Its Famous Two-Wheeled Scooter
6. 23. 20
Read More
Segway is Back With An Even More Insane Way To Move Your Feet
9. 27. 18
Read More
Lunar RGB
NASA Shows Off Artemis "Party Mode," Powered by Amazon (TM) Alexa (TM)
Yesterday
Read More
+Social+Newsletter
TopicsAbout UsContact Us
Copyright ©, Camden Media Inc All Rights Reserved. See our User Agreement, Privacy Policy and Data Use Policy. The material on this site may not be reproduced, distributed, transmitted, cached or otherwise used, except with prior written permission of Futurism. Articles may contain affiliate links which enable us to share in the revenue of any purchases made.
Fonts by Typekit and Monotype.