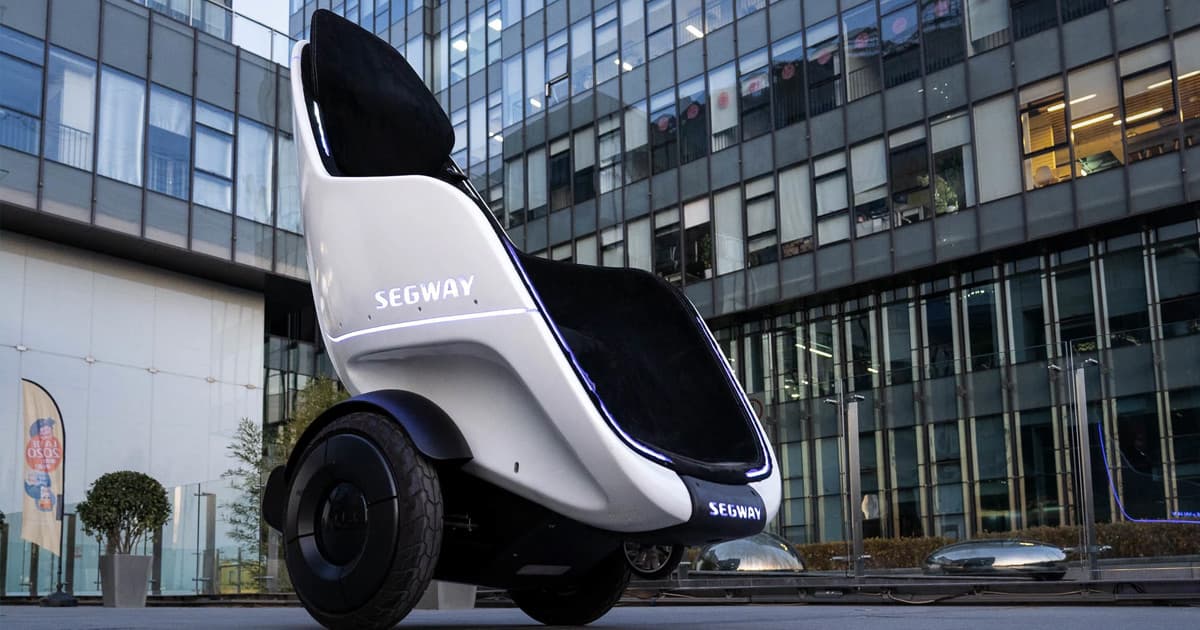 And it's not exactly a flattering resemblance.

And it's not exactly a flattering resemblance.

It seems life really does imitate art — for better or worse.

On Friday, Segway-Ninebot announced several new transportation products it plans to unveil at next week's Consumer Electronics Show — and as pointed out by Wired, one of them looks eerily similar to the hover chairs featured in the post-apocalyptic Pixar film "WALL-E."

The device is called the Segway S-Pod, and like Segway's flagship vehicle, it balances on two wheels. According to a Segway-Ninebot press release, a rider sits in the pod and uses a navigation panel to drive the contraption at upwards of 38 kilometers per hour (24 miles per hour).

"The S-Pod spins and rotates by the center smoothly for directional changes," Segway-Ninebot wrote, adding that "since the 'brake' is placed by the shift of the center of gravity, it eliminates the possibility of the S-Pod tipping over in any situation."

Segway-Ninebot also wrote in the press release that the S-Pod is designed for use in "enclosed campuses such as airports, theme parks and malls," making it seem like a sleeker alternative to the electric scooters that already populate those settings.

The switch from four wheels to two will likely give the S-Pod a tighter turning radius than those other transportation options. Still, it's hard to look at the device and not think about the meek consumers of the "WALL-E" universe — and it's hard to imagine that that's an image buyers will be clamoring to imitate.

READ MORE: Segway Is Bringing the Hoverchairs From WALL-E to Life [Wired]

More on Segway: Segway Is Back With an Even More Insane Way to Move Your Feet

RIP
Segway Is No Longer Making Its Famous Two-Wheeled Scooter
6. 23. 20
Read More
Segway is Back With An Even More Insane Way To Move Your Feet
9. 27. 18
Read More
Shark Smile
Influencer Fined for Eating Endangered Great White Shark
9:15 PM
Read More
+Social+Newsletter
TopicsAbout UsContact Us
Copyright ©, Camden Media Inc All Rights Reserved. See our User Agreement, Privacy Policy and Data Use Policy. The material on this site may not be reproduced, distributed, transmitted, cached or otherwise used, except with prior written permission of Futurism. Articles may contain affiliate links which enable us to share in the revenue of any purchases made.
Fonts by Typekit and Monotype.