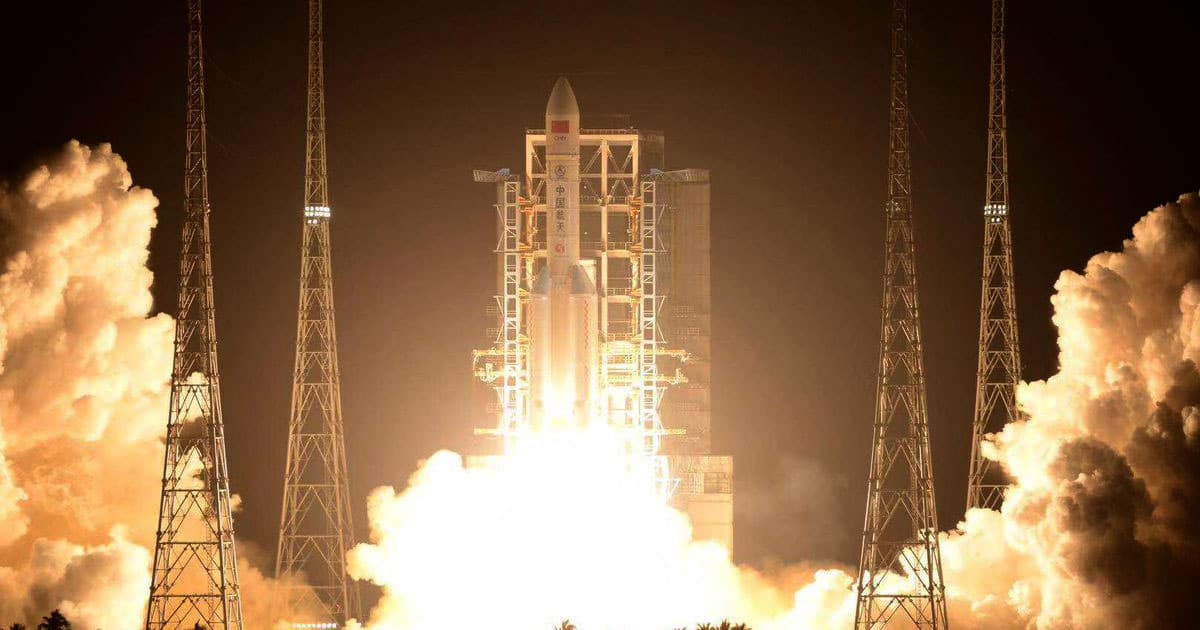 Secretary of Defense: We Will Not Shoot Down Plummeting Chinese Deathrocket

The official stance is "wait and see."

The official stance is "wait and see."

As a Chinese Long March 5B rocket hurtles back down to Earth after ferrying part of China's new space station into orbit, it could potentially become one of the largest pieces of space debris ever to make an uncontrolled re-entry into the Earth's atmosphere. Responding appropriately, the US military announced a bold plan of action to mitigate the damage.

The mission? Wait and see what happens.

"We don’t have a plan to shoot down Chinese rocket. We hope it lands somewhere where it doesn’t harm anyone," Secretary of Defense Lloyd Austin told reporters, according to Space News writer Sandrea Erwin.

Pray for a Splash

Uncontrolled reentries aren't unheard of — China's space program has experienced quite a few at this point — but they do pose a notable hazard to us mere Earthlings going about life down below.

Of course, the odds that you get struck by a falling rocket part are astronomically (sorry) low, but that doesn't mean that the debris won't be able to cause some serious damage to whatever it does happen to hit.

"There should be a requirement to operate in a safe and thoughtful mode [in space]," Austin added, according to Erwin.

More on the rocket: Oops, More Huge Chinese Space Debris Is Tumbling Back to Earth