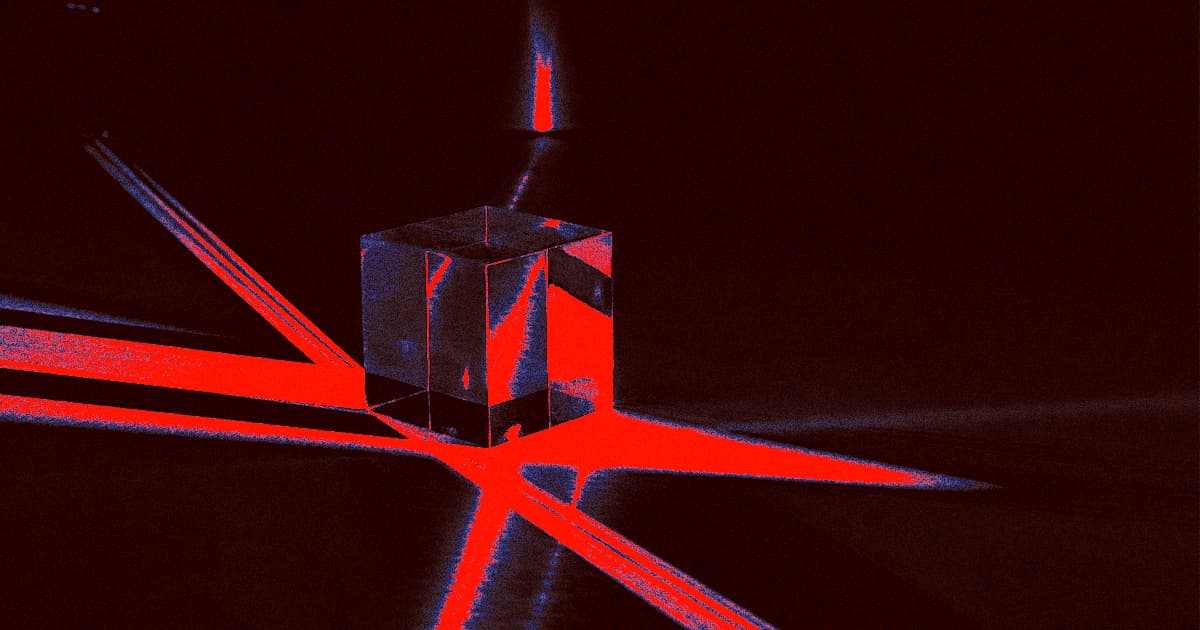 "I'm glad the Nazi program wasn't as advanced as they wanted it to be by the end of the war."

"I'm glad the Nazi program wasn't as advanced as they wanted it to be by the end of the war."

The bomb never came to fruition, and while Allied forces confiscated many of the cubes, most have been lost to time. Even the ones that scientists do have access to are still shrouded in mystery. But now researchers are making strides toward tracking them down, according to research presented this week at an American Chemical Society conference — and better understanding the experimental Nazi tech.

Researchers at the Pacific Northwest National Laboratory (PNNL) are hard at work tracing some of the cubes' origins. Oddly, even the researchers working on the project aren't sure how the lab got its hands on some.

Some of the historical data they're working off is anecdotal, PNNL researcher Brittany Robertson said in a press release. But the team thinks it can trace different cubes back to the specific scientists who worked on them — including the famous physicist Werner Heisenberg — based on which material was used to coat them.

Aside from historical intrigue, the researchers say that tracking down the cubes is a good practice run for the techniques and technologies that they're developing for nuclear forensics, which could be used to track nuclear weapons or smuggled materials that pose a more urgent threat than relics from a war 80 years ago.

"I'm glad the Nazi program wasn't as advanced as they wanted it to be by the end of the war," Robertson said in the release. "Because otherwise, the world would be a very different place."

Antimatter Bomb: Could We Use Antimatter to Make an Explosive?
7. 11. 15
Read More
Pizza Personnel
Domino's Buying Hundreds and Hundreds of Electric Delivery Vehicles
Nov 23
Read More
Another One
Coinbase May Be in Real Serious Trouble Now
Nov 23
Read More
+Social+Newsletter
TopicsAbout UsContact Us
Copyright ©, Camden Media Inc All Rights Reserved. See our User Agreement, Privacy Policy and Data Use Policy. The material on this site may not be reproduced, distributed, transmitted, cached or otherwise used, except with prior written permission of Futurism. Articles may contain affiliate links which enable us to share in the revenue of any purchases made.
Fonts by Typekit and Monotype.