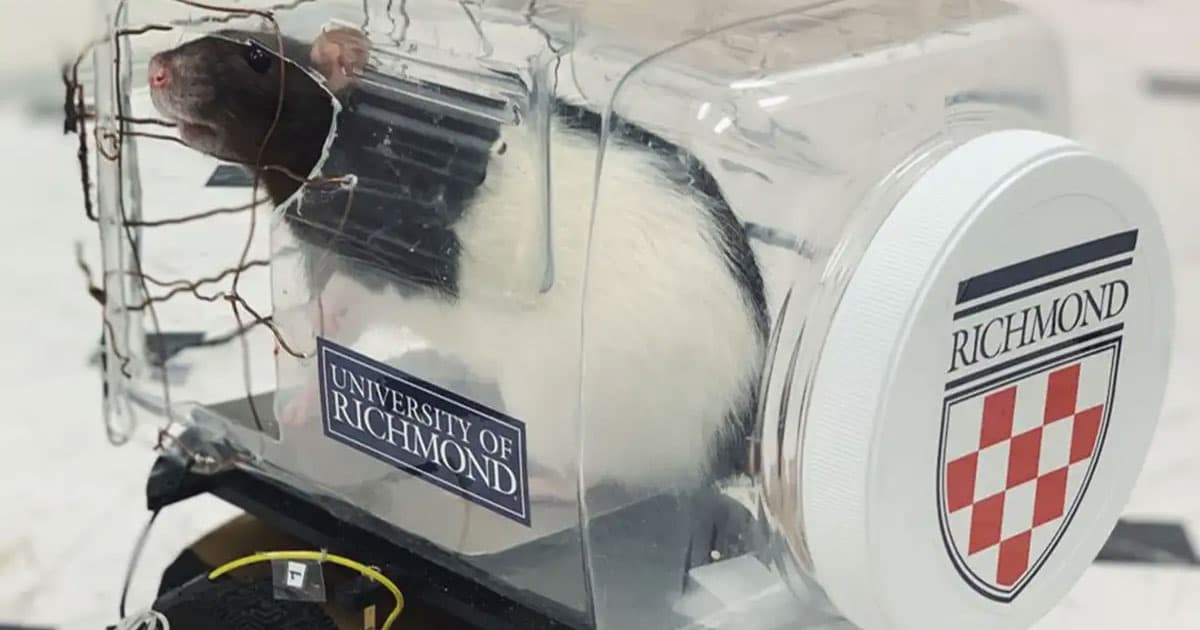 Well, this is absolutely adorable.

Well, this is absolutely adorable.

A team of scientists at the University of Richmond, Virginia have taught rats how to drive tiny cars around a track, New Scientist reports — a bold step in the study of animal cognition.

The researchers are hoping to glean insight into how learning new skills can alleviate stress and how neurological conditions affect our ability to deal with complex situations. The rats were able to steer the tiny cars made out of clear food containers on wheels using three input devices that made the vehicles go left, right, or straight.

The researchers motivated the rats with food rewards of Froot Loops cereal. A paper of their research was published in the journal Behavioural Brain Research last week.

"They learned to navigate the car in unique ways and engaged in steering patterns they had never used to eventually arrive at the reward," lead researcher Kelly Lambert told New Scientist.

Just like us humans, learning to drive and navigate seemed to have a relaxing effect on the rats. In a control experiment, they found rats had higher levels of cortisol when being driven around in remote-controlled cars than when they were allowed to steer themselves.

The researchers are hoping to use similar driving tests in rat models to study neuropsychiatric conditions, including the effects of Parkinson's disease.

More on driving: Waymo: Building Cars is a “Distraction” From Self-Driving Tech

Researchers Use Genetics and Electromagnetism to Control the Movements of Mice
8. 17. 17
Read More
Mutant Mice: How CRISPR Can Put Genetically Modified Organisms Within Everyone's Reach
11. 10. 16
Read More
Scientists Restore Sight in Blind Mice Using Exercise and Gene Therapy
7. 12. 16
Read More
+Social+Newsletter
TopicsAbout UsContact Us
Copyright ©, Camden Media Inc All Rights Reserved. See our User Agreement, Privacy Policy and Data Use Policy. The material on this site may not be reproduced, distributed, transmitted, cached or otherwise used, except with prior written permission of Futurism. Articles may contain affiliate links which enable us to share in the revenue of any purchases made.
Fonts by Typekit and Monotype.