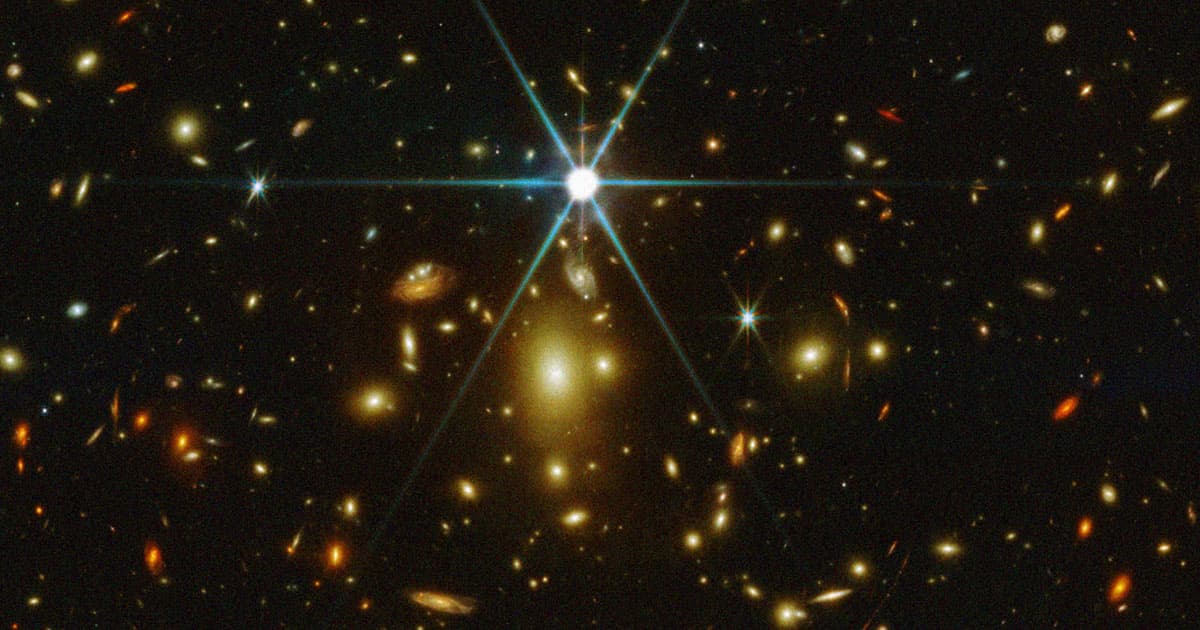 From the Dept. of Science Being Wrong About Stuff

Over the past several weeks, NASA's ultra-powerful James Webb Space Telescope (JWST) has allowed humankind some unprecedented glimpses into the farthest reaches of our universe. And unsurprisingly, some of these dazzling new observations have raised more questions than they've answered.

For a long time, for instance, scientists believed the universe's earliest, oldest galaxies to be small, slightly chaotic, and misshapen systems. But according to the Washington Post, JWST-captured imagery has revealed those galaxies to be shockingly massive, not to mention balanced and well-formed — a finding that challenges, and will likely rewrite, long-held understandings about the origins of our universe.

"The models just don't predict this," Garth Illingworth, an astronomer at the University of California at Santa Cruz, told WaPo. "How do you do this in the universe at such an early time? How do you form so many stars so quickly?"

As WaPo explains, older images of the universe — as captured by the recently dethroned Hubble Space Telescope — seemingly confirmed the widespread belief that early galaxies were chaotic, haphazard places. The JWST, however, appears to show that those findings were an illusion based on that Hubble's limited capabilities.

"We thought the early universe was this chaotic place where there's all these clumps of star formation, and things are all a-jumble," the Space Telescope Science Institute's Dan Coe told WaPo, adding later that, before the JWST was launched into orbit, Hubble's imagery was "missing all the colder stars and the older stars. We were really only seeing the hot young ones."

While these findings have taken the scientific community by surprise, they're not at all a cause for alarm. Major technological advancements, in astronomy and beyond, have a long history of leading to periods of large-scale scientific discovery. Right now, it really feels like we're in one of those watershed moments, and the discoveries made today may well lay the foundation for future breakthroughs, even if they're decades down the line.

And really, discoveries like this mean that the JWST is doing exactly what scientists want it to do — it's revealing new, exciting stuff about our mind-bogglingly expansive universe, answering old questions and asking new ones along the way.

More on the James Webb Space Telescope: James Webb Catches a Glimpse of the Most Distant Star in the Universe