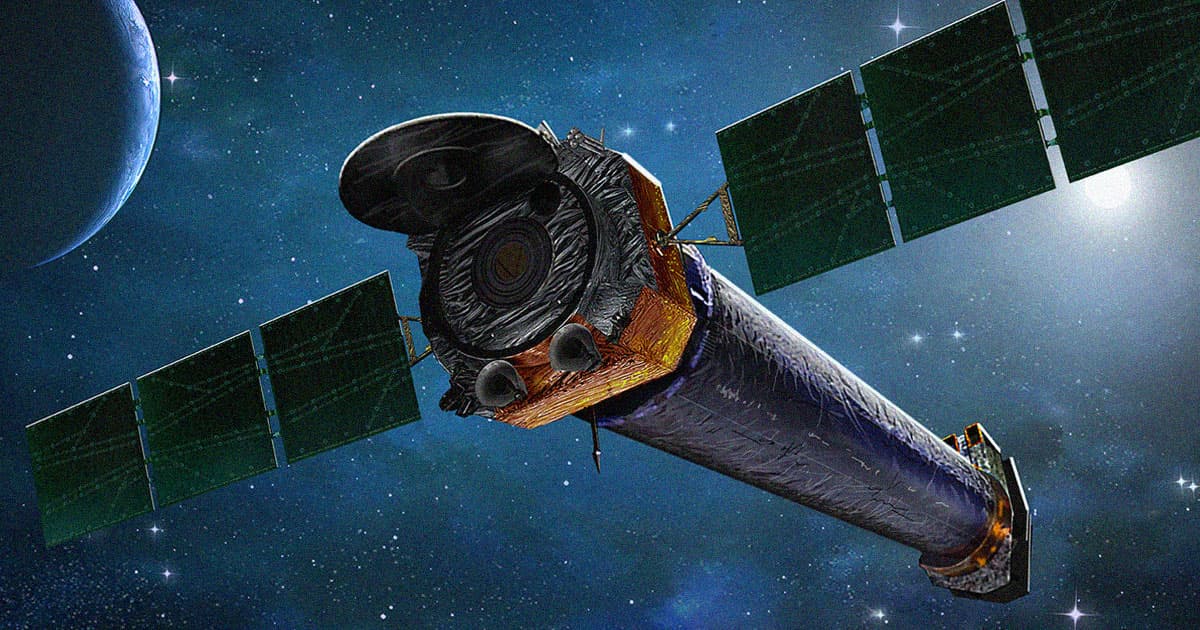 Now, using data collected by NASA's Chandra X-Ray Telescope, an international team of scientists may have found evidence for the existence of a Saturn-sized planet in the Messier 51 galaxy, the BBC reports, some 28 million light-years away — an impressive achievement that underscores the mind-boggling vastness of the universe.

To make the discovery, the team observed dips in a star's light usually caused by a planet passing between it and us, a technique called the transit method.

The planet seems to be located in a binary star system called M51-ULS-1. The team noticed a dip in the X-rays emanating from the star system, which is in a region which generally produces fewer X-rays, making it a promising target for observation.

"The method we developed and employed is the only presently implementable method to discover planetary systems in other galaxies," Rosanne Di Stefano, an astronomer at the Harvard-Smithsonian Center for Astrophysics and lead author of a paper about the research published in the journal Nature Astronomy, told the BBC.

"It is a unique method, uniquely well-suited to finding planets around X-ray binaries at any distance from which we can measure a light curve," she added.

It's still too early to fully determine the existence of the elusive extragalactic planet. And the candidate planet's orbit is so large that it takes 70 years to orbit its star, meaning the next dip in X-rays is almost 70 years out and making the discovery near impossible to verify.

The candidate also would have had to survive a supernova of a nearby star that created the binary system's neutron star or black hole.

"We know we are making an exciting and bold claim so we expect that other astronomers will look at it very carefully," co-author and Princeton student researcher Julia Berndtsson said in a NASA statement. But the team thinks it has a "strong argument, and this process is how science works," she added.

READ MORE: Signs of first planet found outside our galaxy [The BBC]

More on exoplanets: Astronomers May Have Spotted a New Planet Around the Nearest Star

Into Darkness
Inside NASA's Bold Proposal to Probe the Mysteries of Dark Matter
3. 11. 22
Read More
Absolute Unit
Scientists Discover Gigantic New World that Defies Previous Planetary Understanding
12. 8. 21
Read More
Martian Ammonia
NASA Rover Detects Organic Molecules on the Surface of Mars
11. 2. 21
Read More
+Social+Newsletter
TopicsAbout UsContact Us
Copyright ©, Camden Media Inc All Rights Reserved. See our User Agreement, Privacy Policy and Data Use Policy. The material on this site may not be reproduced, distributed, transmitted, cached or otherwise used, except with prior written permission of Futurism. Articles may contain affiliate links which enable us to share in the revenue of any purchases made.
Fonts by Typekit and Monotype.