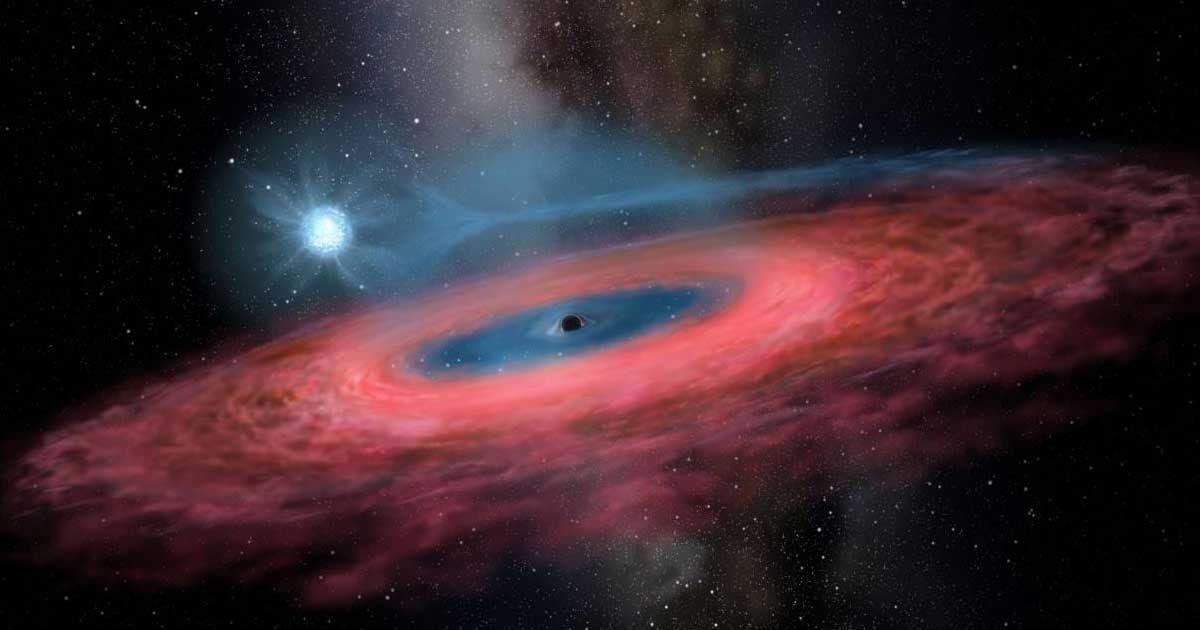 Scientists: Ominous Black Hole Is Way Too Big to Exist

"Black holes of such mass should not even exist in our Galaxy."

"Black holes of such mass should not even exist in our Galaxy."

Researchers at the Chinese Academy of Sciences have spotted a mindbogglingly colossal black hole, according to Live Science, that's roughly 70 times the mass of the Sun.

That's more than three times the presumed upper limit of 20 solar masses that astrophysicists believed a black hole in our galaxy could be, setting up a scientific race to explain the existence of the cosmic monster.

"Black holes of such mass should not even exist in our Galaxy, according to most of the current models of stellar evolution," lead researcher LIU Jifeng of the National Astronomical Observatory of China of the Chinese Academy of Sciences said in a statement.

The black hole, dubbed LB-1, is some 15,000 light years from Earth and is one of an estimated 100 million stellar black holes in our galaxy — though only about two dozen have been spotted so far. A paper of their research was published in the journal Nature last week.

Towards the end of a typical Milky Way star's life cycle, most of its gas is shed due to powerful stellar winds, leaving almost nothing behind. Yet "LB-1 is twice as massive as what we thought possible," Jifeng said. "Now theorists will have to take up the challenge of explaining its formation."

The researchers used China's Large Sky Area Multi-Object Fiber Spectroscopic Telescope to spot signs of the black hole using a technique that's only been around for about four years.

READ MORE: Stellar Black Hole in Our Galaxy Is So Massive It Shouldn't Exist [Live Science]

The Last Strand
Scientists Puzzled by Weird "Strands" at the Center of Our Galaxy
1. 26. 22
Read More
Star War
Scientists Are Trying to Figure Out How to Kill Stars with Black Holes
11. 29. 21
Read More
EHT Tu, Black Hole
Astronomers Release Stunning New Image of Black Hole
3. 24. 21
Read More
+Social+Newsletter
TopicsAbout UsContact Us
Copyright ©, Camden Media Inc All Rights Reserved. See our User Agreement, Privacy Policy and Data Use Policy. The material on this site may not be reproduced, distributed, transmitted, cached or otherwise used, except with prior written permission of Futurism. Articles may contain affiliate links which enable us to share in the revenue of any purchases made.
Fonts by Typekit and Monotype.