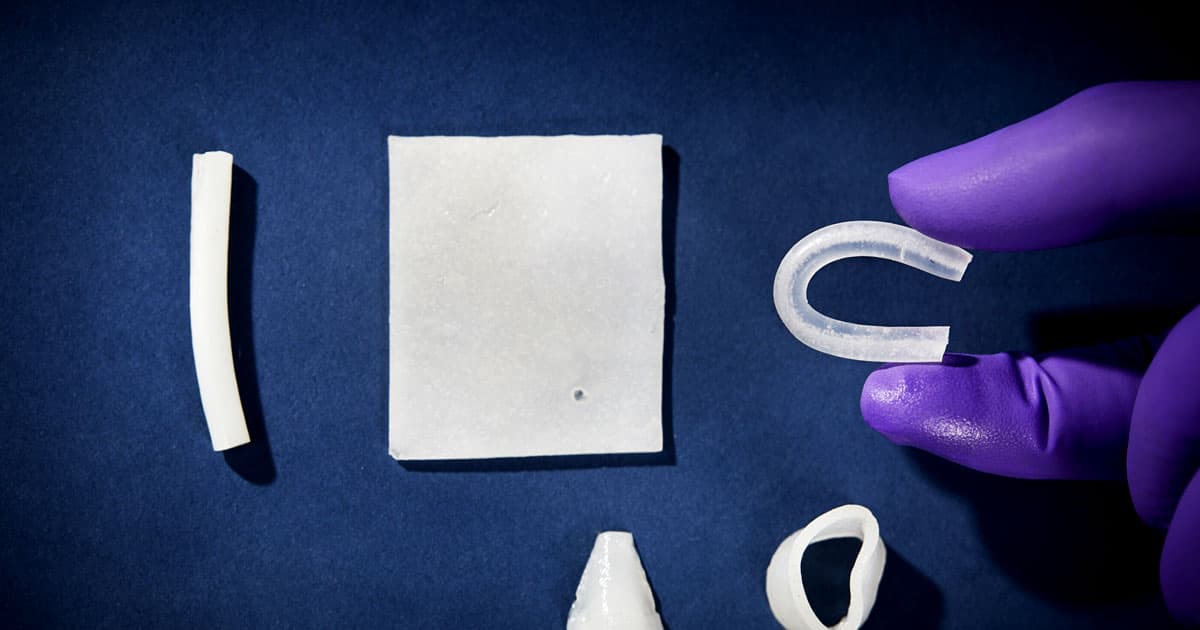 European researchers say they've invented a rubbery nanomaterial that seamlessly integrates with the human body — which could pave the way for everything from new reconstructive surgeries to extreme body modification.

"We were really surprised that the material turned out to be very soft, flexible and extremely elastic," said Anand Rajasekharan, one of the researchers behind the new material, in a press release that claimed the material could "replace human tissue."

The nontoxic material, described in depth by scientists at Chalmers University in Sweden in a new paper in the journal ACS Nano, is made of the same stuff as plexiglass.

The researchers set out to create a bone replacement material, but found that by manipulating it just right at the nanoscale — that's a billionth of a meter — it took on a rubbery texture that they believe could replace cartilage in everything from joints to prosthetic noses.

"There are many diseases where the cartilage breaks down and friction results between bones, causing great pain for the affected person," said Martin Andersson, the research lead. "This material could potentially act as a replacement in those cases."

Better yet, they say, the material can be treated with small proteins found in the immune system to make it antibacterial — a property they intend to exploit by exploring its use in urinary catheters.

The researchers behind the new material have created a company called Amferia to commercialize the material.