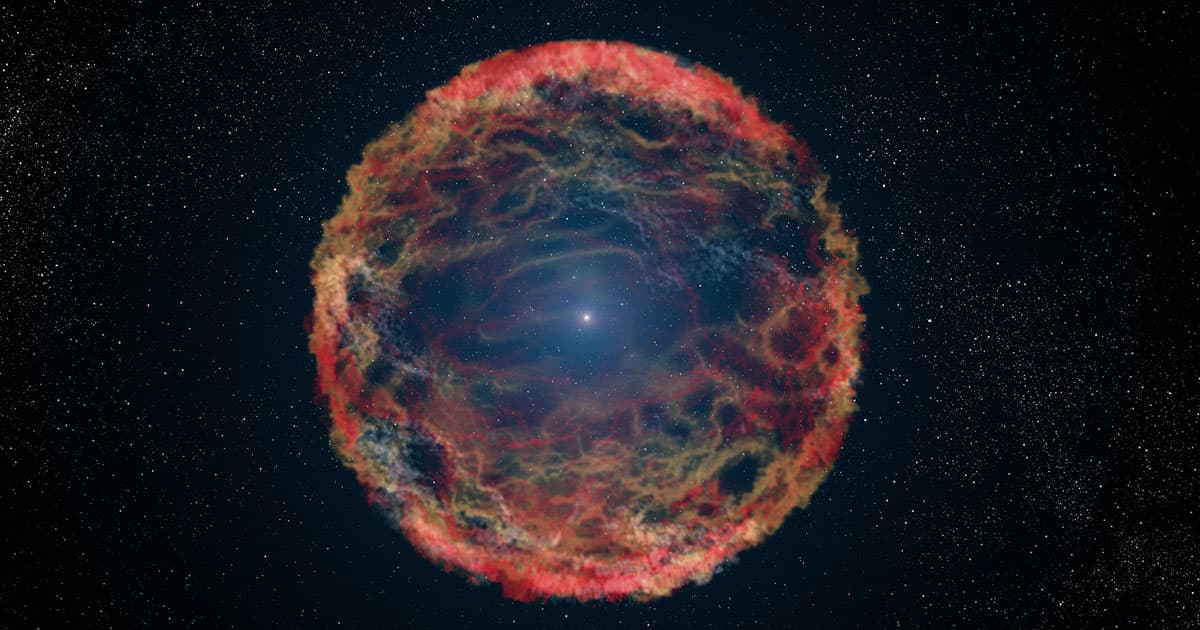 I Live, I Die, I Live Again

Scientists Are Killing Off Virtual Stars to Study Black Holes

They're simulating the most violent star deaths imaginable, for science.

They're simulating the most violent star deaths imaginable, for science.

To unravel the mysteries of black holes, a team of Australian astrophysicists is simulating virtual stars — and then repeatedly killing them off.

One of the strongest types of explosion a star can give off at the end of its life is called a core-collapse supernova — they're among the brightest objects in the universe and can seed the creation of a new black hole. By simulating these destructive events again and again, scientists from Australia's ARC Centre of Excellence for Gravitational Wave Discovery hope to understand how real black holes form and behave.

While instruments like gravity wave detectors are getting better at spotting real cosmic events, like the formation of a new black hole or two black holes merging together, there are still events they can't find.

That's where the simulations come in. By modeling the death of stars dozens of times more massive than our Sun, the researchers can predict what the gravitational waves given off by these explosions will look like, according to research published last month in Monthly Notices of the Royal Astronomical Society.

Those predictions, according to a press release, will help guide astrophysicists trying to spot the waves given off by a real core-collapse supernova.

That way, when the next generation of gravitational wave detectors — like the planned Einstein Telescope — are built, astronomers won't be going in blind.

zombie star
Scientists Puzzled by Star That Exploded in Supernova But Somehow Survived
Jun 28
Read More
Black Hole Snapshot
Scientists Release Image of Black Hole at Center of Our Galaxy
May 12
Read More
Sucking Atmospheres
Scientists Spot Ravenous "Vampire" Star Devouring Its Neighbor
Mar 2
Read More
+Social+Newsletter
TopicsAbout UsContact Us
Copyright ©, Camden Media Inc All Rights Reserved. See our User Agreement, Privacy Policy and Data Use Policy. The material on this site may not be reproduced, distributed, transmitted, cached or otherwise used, except with prior written permission of Futurism. Articles may contain affiliate links which enable us to share in the revenue of any purchases made.
Fonts by Typekit and Monotype.