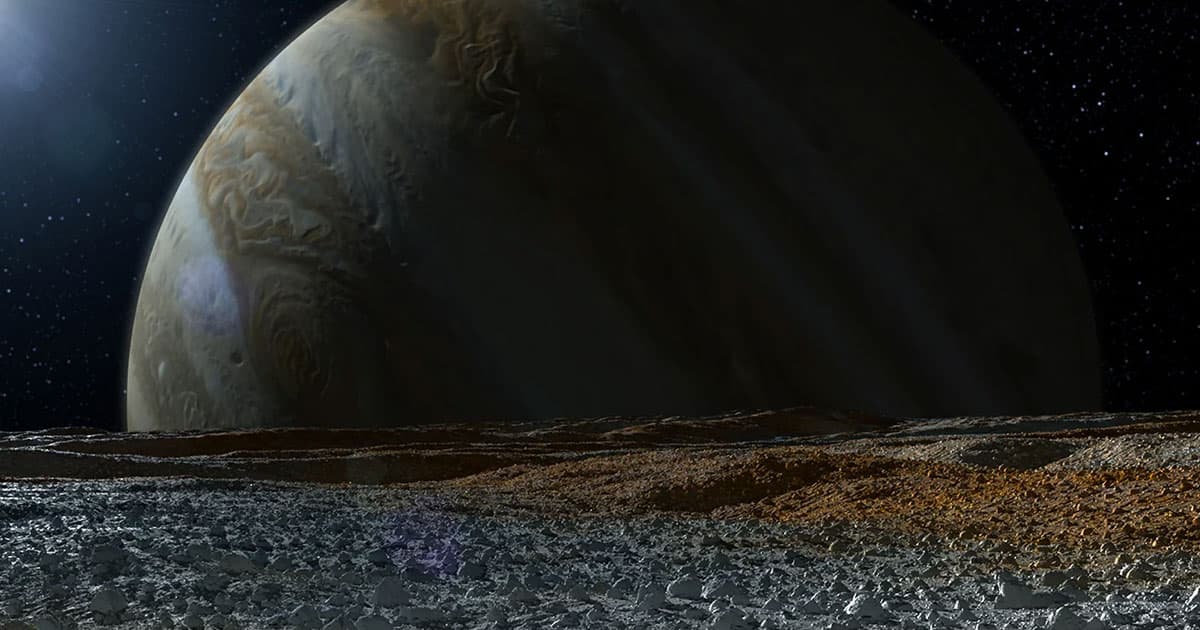 What is Jupiter's smallest moon hiding below its thick icy shell?

What is Jupiter's smallest moon hiding below its thick icy shell?

Astronomers have long suggested that the icy moon leaks water. Now, a new analysis of data collected by the ESA's Galileo probe, back in the year 2000, lends fresh evidence that it really is.

Galileo found a strange dip in recorded protons, positively charged particles, near Europa. Previous studies suggested the dip was caused by the moon itself obscuring the detector on the spacecraft.

But the new ESA-led study, published in the journal Geophysical Research Letters late last month, has a new explanation for the lack of recorded protons: Plumes of water shooting into space could be disrupting the moon's thin atmosphere and disturbing the magnetic fields in the area, according to new computational models.

The icy moon has astronomers excited. The existence of water plumes could point towards a possible way inside to study the moon's oceans below, and even probe them for evidence of extraterrestrial life.

In fact, ESA is planning its next flyby of Jupiter's icy moons as soon as 2029, as part of its "JUICE" (JUpiter ICy moons Explorer) mission. The explorer will spend three whole years studying Jupiter and three of its largest moons, including Europa.

Ghosts of Jupiter
NASA Detects Bright Flashes of Light on Jupiter
10. 28. 20
Read More
What is Happening
Elon Musk Sets His Twitter Account to Private
Yesterday
Read More
Fly Guy
Bird Advocates Horrified by Pigeon Dyed Pink For Gender Reveal Party
Yesterday
Read More
+Social+Newsletter
TopicsAbout UsContact Us
Copyright ©, Camden Media Inc All Rights Reserved. See our User Agreement, Privacy Policy and Data Use Policy. The material on this site may not be reproduced, distributed, transmitted, cached or otherwise used, except with prior written permission of Futurism. Articles may contain affiliate links which enable us to share in the revenue of any purchases made.
Fonts by Typekit and Monotype.