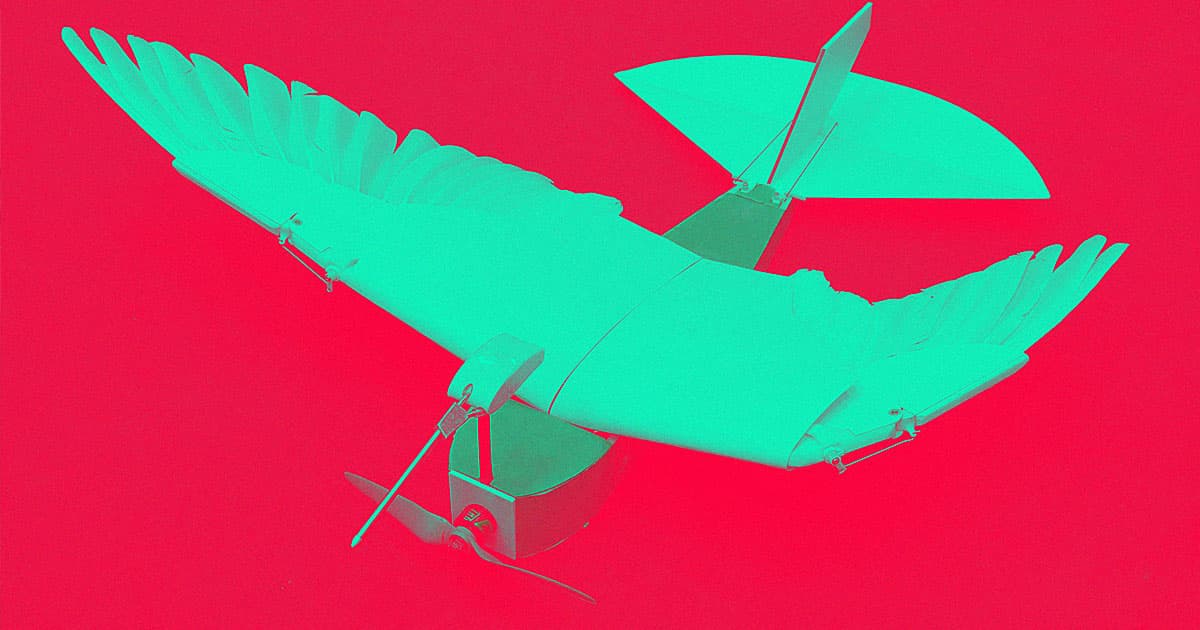 Researchers at Stanford University have built a drone called PigeonBot, with wings coated in real pigeon feathers. And it flies so deftly, New Scientist reports, that it could change the way aircraft are built in the future.

"We let go of the idea that you have to control every degree of freedom and I think future aircraft will benefit from this finding," David Lentink, lead author of a paper about the project published in the journal Science today, told New Scientist. "Future airplanes may not flap their wings, but I think they will change shape.

The robot's artificial wings, covered in 40 pigeon feathers each, were constructed by connecting artificial "wrists" and "fingers" via synthetic elastic ligaments.

The researchers found that by changing the pitch of these artificial wrists and fingers, they could change the entire shape of the robot's wings, allowing it to make sharp turns in mid-air like a real bird.

The team also discovered that tiny hooks can automatically lock the feathers together and stop them from spreading out too far apart — a mechanism that plays a critical role in the way the feathers move together.

FROM THE DEPT. OF THINGS TO BUY
Best Science Gifts of 2022
Jun 6
Read More
Drone Tanker News
The US Navy Just Used a Drone to Refuel a Fighter Jet in Midair
6. 7. 21
Read More
Killer Copter
Middle Eastern Nation First to Buy Drone Armed With Machine Gun
12. 12. 19
Read More
+Social+Newsletter
TopicsAbout UsContact Us
Copyright ©, Camden Media Inc All Rights Reserved. See our User Agreement, Privacy Policy and Data Use Policy. The material on this site may not be reproduced, distributed, transmitted, cached or otherwise used, except with prior written permission of Futurism. Fonts by Typekit and Monotype.