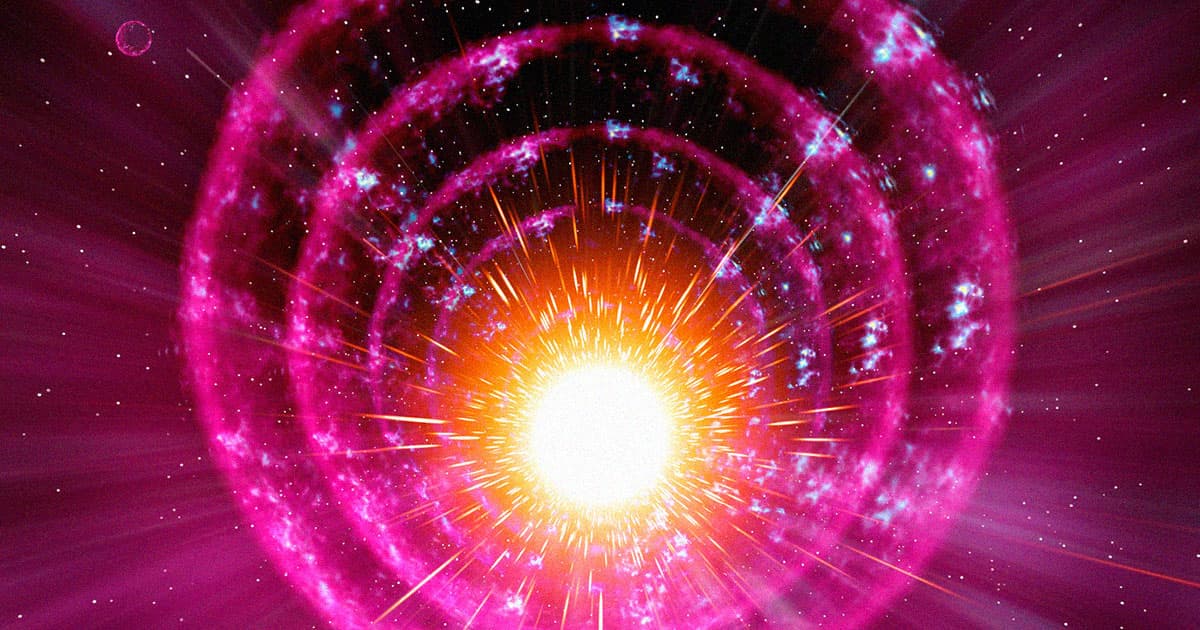 And the nerds are STOKED.

And the nerds are STOKED.

Scientists have discovered the brightest energy burst ever detected in space — and Astronomy Twitter is abuzz over the electrifying finding.

As Vice reports, this uber-bright gamma ray burst (GRB), which are huge bursts of energy that occur during major galactic events such as star deaths, was detected by both NASA's Fermi Gamma-ray Space Telescope and the Neil Gehrels Swift Observatory at England's University of Leicester.

Phil Evans, an astronomer at the U of Leicester that works with the Swift Gamma Ray Burst satellite to find this exact sort of thing, was even more hyperbolic.

"It's bright. Really bright. Like, stupidly really bright," he tweeted. "It turns out my analysis codes weren't really built for things this bright."

In emails with Vice, Evans emphasized just how big a deal this newly-found GRB is — and how long it's going to take to fully grasp its importance.

Dubbed GRB 221009A, this burst is "clearly the brightest GRB we've seen in X-rays, at least at the time after the initial explosion that we’ve observed it," the astronomer told Vice.

Qualifiers aside, it's clear from the astronomy community's reaction that this GRB is a BFD — and we, like them, love to see it.

ESO Scientists Unveil an "Unprecedented Discovery" About Gravitational Waves
10. 16. 17
Read More
Pizza Personnel
Domino's Buying Hundreds and Hundreds of Electric Delivery Vehicles
Wednesday
Read More
Another One
Coinbase May Be in Real Serious Trouble Now
Wednesday
Read More
+Social+Newsletter
TopicsAbout UsContact Us
Copyright ©, Camden Media Inc All Rights Reserved. See our User Agreement, Privacy Policy and Data Use Policy. The material on this site may not be reproduced, distributed, transmitted, cached or otherwise used, except with prior written permission of Futurism. Articles may contain affiliate links which enable us to share in the revenue of any purchases made.
Fonts by Typekit and Monotype.