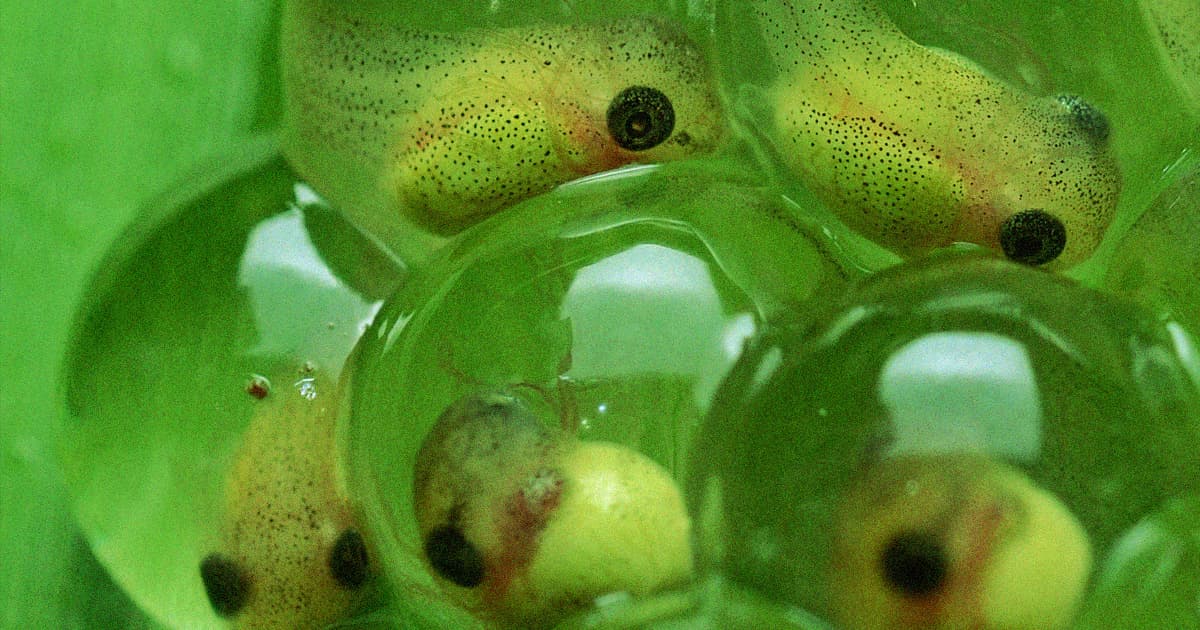 "Can we get away from breathing as a way to keep our brains going?"

"Can we get away from breathing as a way to keep our brains going?"

Thanks to some biological tinkering, a team of scientists found a way to keep tadpoles alive, even after taking away their ability to breathe.

The Ludwig Maximilians University researchers injected photosynthetic algae into the tadpoles, creating a symbiotic relationship between amphibian and microbe that keeps the amphibians alive without any environmental oxygen, The Scientist reports. It's an odd experiment that could have important medical value — keeping someone alive when a stroke cuts off their brain's oxygen supply, for example — but it's also a fascinating step forward in biological experimentation in its own right.

In order to test their new hybrid, the researchers starved the tadpoles of oxygen until their brains shut down completely. Then, they shined a light onto the water tank, activating the algae and causing it to produce oxygen. Once they did so, the tadpoles' brains became active again, indicating that the algae were successfully keeping their new host alive, according to research published in the journal iScience on Wednesday.

Gettysburg College biologist Ryan Kerney, who didn't contribute to the new study, told The Scientist that researchers, himself included, have been trying to create artificial symbiotic relationships with algae, with the goal of changing or improving animal physiology, for about a decade.

He added that there are still many unknowns, a troubling lack of regulations over the niche scientific field, and risks associated with harmful algae.

"But the potential implications are also just fascinating to speculate about," Kerney added. "Can we get away from breathing as a way to keep our brains going?"

READ MORE: Scientists Use Photosynthesis to Power an Animal’s Brain [The Scientist]

More on oxygen: In the Distant Future, All Earth’s Creatures May Asphyxiate From Lack of Oxygen