In the Distant Future, All Earth's Creatures May Asphyxiate From Lack of Oxygen

And it will happen suddenly. 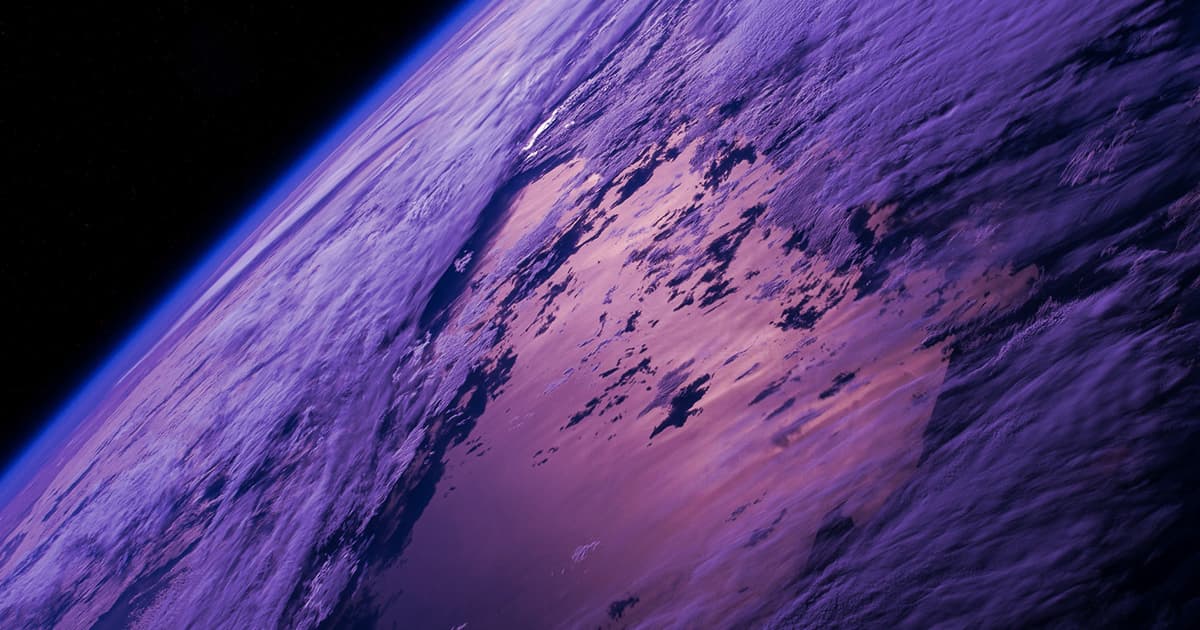 All complex aerobic life on Earth as we know it will eventually die as oxygen levels deplete in our planet's atmosphere.

Fortunately, that won't happen for another billion years or so, according to an international team of researchers. But eventually, New Scientist reports, Earth's atmosphere will return to the considerably lower oxygen levels of its early history — and that will be bad news for any surviving inhabitants, including descendants of today's humans.

The team, made up of environmental scientists from Toho University in Japan and the Georgia Institute of Technology, Atlanta say that in about 1.08 billion years, atmospheric oxygen levels will drop to below one percent.

The study was part of NASA's Nexus for Exoplanet System Science, an initiative to study the habitability of exoplanets. While the study paints a dire picture for life on Earth, the results could have larger implications for how we define a habitable planet — or at least if a planet once was capable of harboring life.

"The drop in oxygen is very, very extreme — we’re talking around a million times less oxygen than there is today," Georgia Tech researcher Christopher Reinhard told New Scientist. That process could occur over the span of only 10,000 years, a blink in time considering our planet's age of roughly 4.5 billion years.

As the Sun grows hotter, it will cause more carbon dioxide to absorb heat in the atmosphere. Eventually, these CO2 levels will become low enough that plants will no longer be able to rely on photosynthesis, triggering a mass extinction event.

This drop will "most probably be triggered before the inception of moist greenhouse conditions in Earth’s climate system and before the extensive loss of surface water from the atmosphere," the team writes in a paper published in the journal Nature Geoscience today.

Filling in for the lack of oxygen, the atmosphere will see a considerable increase in methane gases, with levels rising as high as 10,000 times the amount when compared to today.

The ozone will also be depleted, causing the Earth's surface to be bombarded with ultraviolet light from the Sun.

While oxygen plays a crucial part with how we understand life as we know it here on Earth, the study "suggests that even for planets around other stars that are very similar to Earth, large amounts of oxygen may not be detected in their atmosphere, even if they can support, or have supported, complex life," Kevin Ortiz Ceballos at the University of Puerto Rico, who was not involved with the research, told New Scientist.

READ MORE: Most life on Earth will be killed by lack of oxygen in a billion years [New Scientist]

Read This Next
Futurism
For the First Time, Researchers Measured How Fast Air Moves Through the Stratosphere
More on Earth & Energy
Save Yourselves
Yesterday on the byte
Furious Marsupial So Thirsty For Sex That It’s Dying, Scientists Warn
Stem Ware
Feb 3 on the byte
Scientists Discover World's Oldest Preserved Vertebrate Brain
From Bad to Worse
Feb 2 on the byte
Global Warming Is Worse Than We Thought, AI Tells Scientists
READ MORE STORIES ABOUT / Earth & Energy
Keep up.
Subscribe to our daily newsletter to keep in touch with the subjects shaping our future.
+Social+Newsletter
TopicsAbout UsContact Us
Copyright ©, Camden Media Inc All Rights Reserved. See our User Agreement, Privacy Policy and Data Use Policy. The material on this site may not be reproduced, distributed, transmitted, cached or otherwise used, except with prior written permission of Futurism. Articles may contain affiliate links which enable us to share in the revenue of any purchases made.
Fonts by Typekit and Monotype.