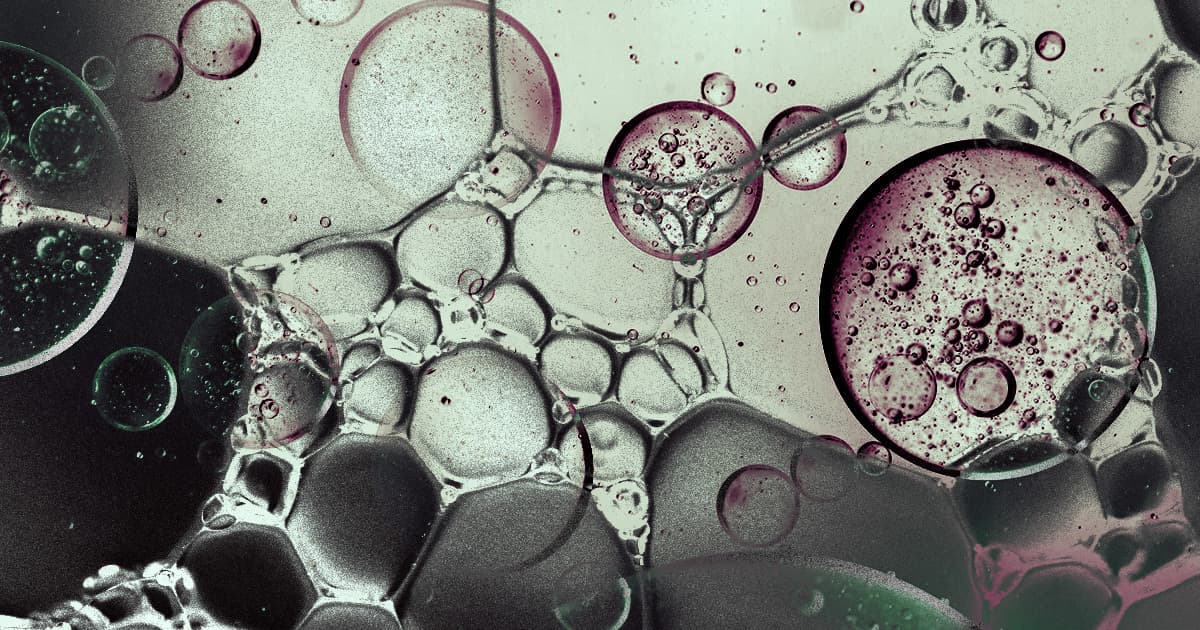 A team of scientists believe that they've recreated the biochemical processes that gave rise to the earliest forms of life on Earth.

Researchers from the University of Duisburg-Essen recreated the harsh conditions deep within the Earth's crust as it existed some 3.8 billion years ago, which is where they suspect life began. Under those conditions, they say they managed to create and destroy 1,500 vesicles — bubble-like biological structures similar to a cell's membrane — over a period of two weeks.

The work, described in a book the duo will publish next month, could shed vital new light into exactly how life began and developed — if it holds up under scientific scrutiny.

As they continued to generate and destroy vesicles like vengeful gods, the scientists say some generations were able to better survive the harsh pressures and geochemical conditions they were subjected to. That's because they had absorbed certain biomolecules into their membranes that gave them an advantage, they say, potentially illustrating how biological structures first managed to survive.

"We concluded that this way, the vesicles were able to compensate for destructive pressure," Duisburg-Essen chemist Christian Meyer said in a press release. "As a survival strategy, if you will."

The question, then, is how tiny biomolecular blobs forming inside the Earth's crust led to a planet rich with life. For that, the scientists credit the activity of the planet itself.

"We have simulated in time-lapse, billions of years ago," geologist Ulrich Schreiber said in the release, "such vesicles might have become stable enough to come to the surface during geyser eruptions."

More on early life: We May Have Just Uncovered the Earliest Direct Evidence of Life on Earth

Broken Egg
Archeologists Discover 1000-Year-Old Egg, Accidentally Break It
6. 10. 21
Read More
Gene-Hacked Blood Suckers
Residents Furious at Release of 500 Million Gene-Hacked Mosquitoes
4. 26. 21
Read More
Venus Smells Like Rotting Fish
Breaking: Researchers Discover Signs of Life on Venus
9. 14. 20
Read More
+Social+Newsletter
TopicsAbout UsContact Us
Copyright ©, Camden Media Inc All Rights Reserved. See our User Agreement, Privacy Policy and Data Use Policy. The material on this site may not be reproduced, distributed, transmitted, cached or otherwise used, except with prior written permission of Futurism. Articles may contain affiliate links which enable us to share in the revenue of any purchases made.
Fonts by Typekit and Monotype.