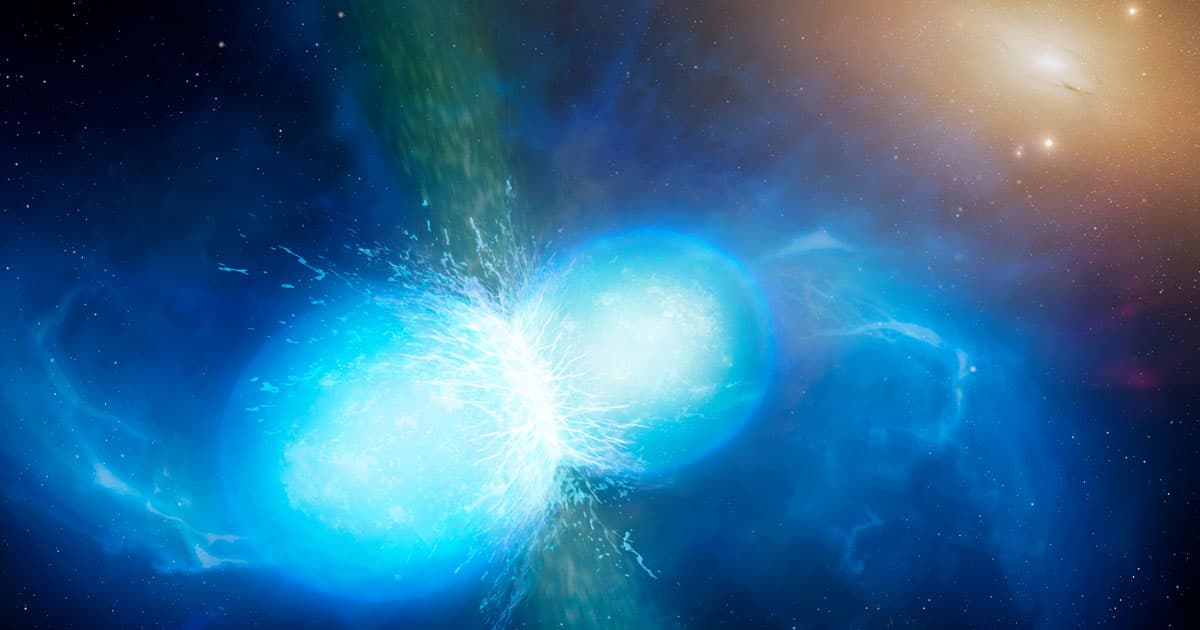 Scientists Are Baffled By a Bizarre Black Hole-Like Object

The object, too small to be a black hole and too large to be a neutron star according to existing models, has astronomers baffled about where this thing came from, Scientific American reports. But whatever this thing is, it makes perfectly clear that the rules we use to understand the universe aren't quite as solid as we expected.

The problem is the object's unusual mass: at 2.6 times the mass of the Sun, it's 0.1 solar mass heavier than the theoretical upper limit for neutron stars, according to research in The Astrophysical Journal Letters. But the smallest black holes we know about are at least five solar masses, putting the object in no man's land

"The idea of a mass gap as a true gap with nothing in it, I think, is getting progressively destroyed," Philippe Landry, a LIGO member at California State University, Fullerton, told SciAm. "This is going to be one nail in the coffin."

Accepting that the object, which has been dubbed a "black neutron star," exists is just step one. Now astronomers have to grapple with where it came from, and whether it's a tiny black hole or the result of a merger.

"It could be that these objects are very difficult to make," Syracuse University astronomer Duncan Brown told SciAm, "but once in a blue moon, a supernova explosion lands you there."

More on whatever this thing is: Astronomers May Have Discovered First-Ever “Black Neutron Star”

Space Lumps
Scientists Say We May Be Extremely Wrong About the Universe
Apr 28
Read More
Into Darkness
Inside NASA's Bold Proposal to Probe the Mysteries of Dark Matter
Mar 11
Read More
Ayy Lmao
Scientists Puzzled by "Spooky" Object Sending Radio Signals Every 18 Minutes From Deep Space
Jan 27
Read More
+Social+Newsletter
TopicsAbout UsContact Us
Copyright ©, Camden Media Inc All Rights Reserved. See our User Agreement, Privacy Policy and Data Use Policy. The material on this site may not be reproduced, distributed, transmitted, cached or otherwise used, except with prior written permission of Futurism. Fonts by Typekit and Monotype.