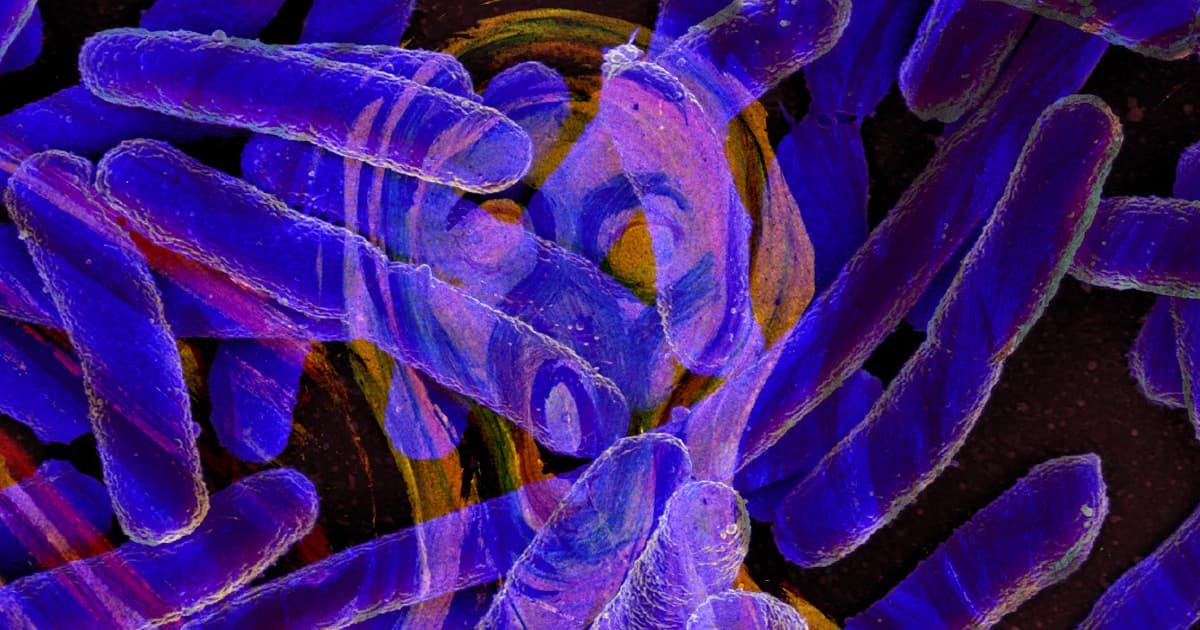 Here's a pleasant thought for next time you spray down your kitchen counter — scientists say that bacteria "scream" as they die, giving off chemical alarms that warn their brethren of danger.

Specifically, Live Science reports, swarming bacteria like E. coli appear to be able to detect the presence of danger such as antibiotics, and "necrosignal" to their compatriots as they die so that they can start mutating a resistance to it.

Live Science reports that the University of Texas at Austin researchers behind new research published in the journal Nature were intrigued by the fact that antibiotics often only seem to kill some of a bacteria swarm.

On further investigation, they found that when antibiotics hit a swarm of E. coli, the dying bacteria send out a chemical signal that prompts their neighbors in the swarm to start rapidly adapting to the threat, increasing their chances of survival.

It's an intriguingly microscopic example of pro-social behavior — an adaptation that doesn't help an individual survive, but does let it use its death to help others, therefore making the entire swarm more likely to survive and reproduce.

What Lies Beneath
Researchers Say "Conan the Bacterium" Could Be Hidden Beneath Mars’ Surface
10. 30. 22
Read More
Brands We Love
Microbes Are Making Merry on Your Mattress. But These Bed Sheets Can Put a Stop to It.
1. 29. 21
Read More
Brands We Love
There's a Biohazard in Your Bedroom. But These Bacteria-Resistant Bed Sheets Can Help.
4. 7. 20
Read More
+Social+Newsletter
TopicsAbout UsContact Us
Copyright ©, Camden Media Inc All Rights Reserved. See our User Agreement, Privacy Policy and Data Use Policy. The material on this site may not be reproduced, distributed, transmitted, cached or otherwise used, except with prior written permission of Futurism. Articles may contain affiliate links which enable us to share in the revenue of any purchases made.
Fonts by Typekit and Monotype.