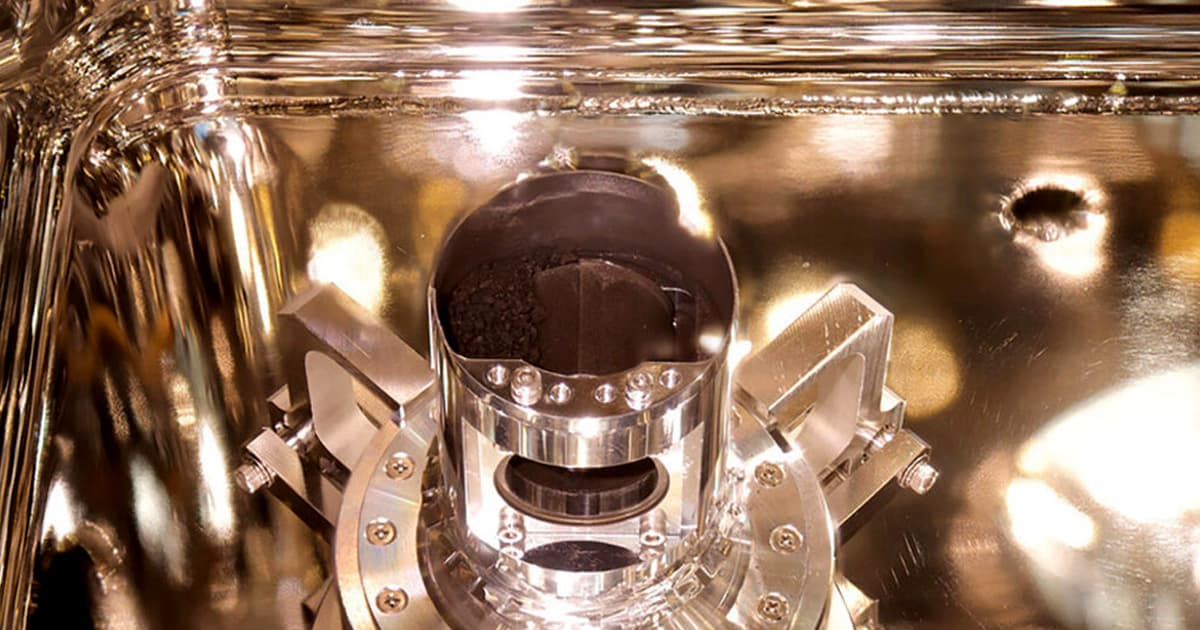 Well, Will You Look At That

In February 2019, Japan's Hayabusa-2 space probe pulled off an incredible feat. The small spacecraft managed to collect surface dust from asteroid Ryugu, hundreds of millions of miles from Earth.

Earlier this month, the spacecraft dropped off a special package in South Australia: a tiny capsule with traces of the asteroid's dust inside.

Scientists from Japan's space agency JAXA opened the container on Tuesday and were left impressed with the contents.

"When we actually opened it, I was speechless," JAXA scientist Hirotaka Sawada said, as quoted by The Guardian. "It was more than we expected and there was so much that I was truly impressed."

The quality of the sample was outstanding.

"It wasn’t fine particles like powder, but there were plenty of samples that measured several millimeters across," Sawada added, according to The Guardian.

The sample could even have implications for research into the origins of life.

Most excitingly, scientists found that the samples seemingly "contain plenty of organic matter," as Hayabusa project scientist Seiichiro Watanabe said, according to The Guardian. "So I hope we can find out many things about how organic substances have developed on the parent body of Ryugu."

Half of the samples collected by the spacecraft will go to NASA and other international organizations.

Hayabusa-2 will now go on to visit two more asteroids before retirement. In 2026, the craft is planning a high-speed flyby past asteroid 1998 KY 26.

New Video Shows Japanese Probe Shooting Asteroid With Bullet
3. 5. 19
Read More
Hayabusa2
Japan Just Landed a Robot Spacecraft on an Asteroid
2. 22. 19
Read More
Shooting Asteroids
A Japanese Spacecraft Is About to Shoot an Asteroid With a Bullet
2. 19. 19
Read More
+Social+Newsletter
TopicsAbout UsContact Us
Copyright ©, Camden Media Inc All Rights Reserved. See our User Agreement, Privacy Policy and Data Use Policy. The material on this site may not be reproduced, distributed, transmitted, cached or otherwise used, except with prior written permission of Futurism. Articles may contain affiliate links which enable us to share in the revenue of any purchases made.
Fonts by Typekit and Monotype.