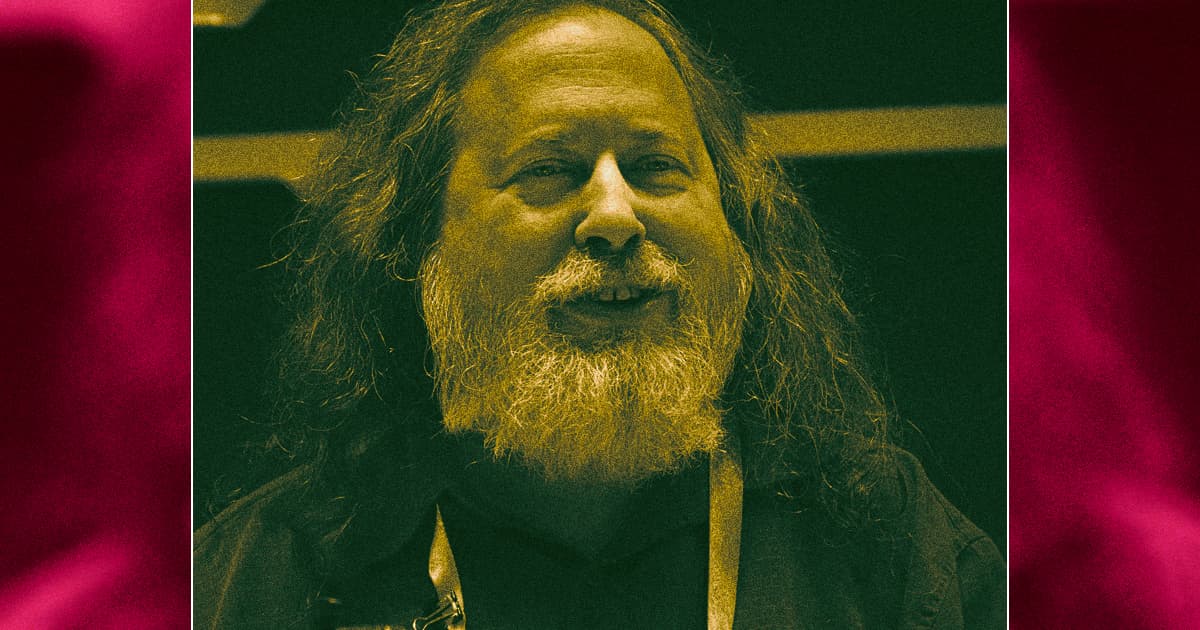 Hundreds of foundation members have signed a furious open letter.

Hundreds of foundation members have signed a furious open letter.

Richard Stallman, the former MIT scientist who previously endorsed pedophilia and went out of his way to defend Jeffrey Epstein, is back.

Stallman gave a surprise announcement over the weekend that he is once again a board member of the Free Software Foundation (FSF), a non-profit dedicated to promoting open source software. The news didn't exactly sit well with FSF members, Ars Technica reports, hundreds of whom have already signed an open letter calling for Stallman — and the rest of the board — to be removed.

The open letter, which was shared online on Tuesday, criticizes the FSF board for having "enabled and empowered [Stallman] for years."

"There has been enough tolerance of [Stallman's] repugnant ideas and behavior," the letter reads. "We cannot continue to let one person ruin the meaning of our work. Our communities have no space for people like Richard M. Stallman, and we will not continue suffering his behavior, giving him a leadership role, or otherwise holding him and his hurtful and dangerous ideology as acceptable."

The letter's signatories stress that they believe in the importance of the FSF and its mission, but that putting Stallman back into power is too dangerous for them to continue their support, citing years of Stallman's disturbing comments about women, transgender people, and age of consent laws.

"We, the undersigned, believe in the necessity of digital autonomy and the powerful role user freedom plays in protecting our fundamental human rights," the letter reads. "In order to realize the promise of everything software freedom makes possible, there must be radical change within the community."

Indefensible
MIT Community Horrified by Famed Researcher’s Epstein Outburst
9. 13. 19
Read More
Another One Bites the Dust
OpenAI Reportingly Hiring "Army" of Devs to Train AI to Replace Entry-Level Coders
Yesterday
Read More
Realty Bites
Shameless Realtors Are Already Grinding Out Property Listings With ChatGPT
Yesterday
Read More
+Social+Newsletter
TopicsAbout UsContact Us
Copyright ©, Camden Media Inc All Rights Reserved. See our User Agreement, Privacy Policy and Data Use Policy. The material on this site may not be reproduced, distributed, transmitted, cached or otherwise used, except with prior written permission of Futurism. Articles may contain affiliate links which enable us to share in the revenue of any purchases made.
Fonts by Typekit and Monotype.