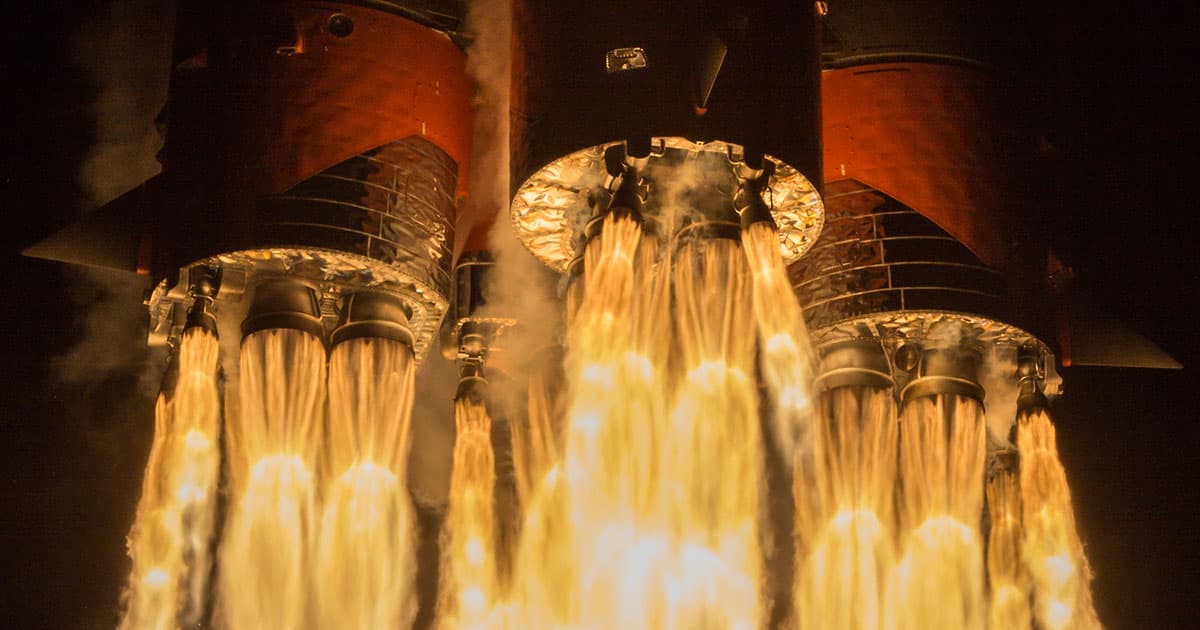 Who needs Soyuz rockets when you've got SpaceX?

Who needs Soyuz rockets when you've got SpaceX?

UK-based satellite internet company OneWeb has signed a contract with SpaceX — shortly after ditching the Russian-made Soyuz for an upcoming launch, a direct consequence over Russia's invasion of Ukraine.

"The first launch with SpaceX is anticipated in 2022 and will add to OneWeb’s total in-orbit constellation that currently stands at 428 satellites, or 66 percent of the fleet," a press release reads.

"We thank SpaceX for their support, which reflects our shared vision for the boundless potential of space," OneWeb CEO Neil Masterson said.

While exact details and terms of the agreement are still under wraps, the news is representative of the international space community's greater shift away from relying on Russian-made rockets amid the Ukraine crisis — and turning to the Elon Musk-led company for orbital launch services instead.

The move followed unusual comments made by Dmitry Rogozin, Russia’s space chief, who demanded OneWeb to provide several guarantees the broadband satellites "will not be used for military purposes."

Rogozin even had the country's space agency Roscosmos cover up British, American, and Japanese flags attached to the rocket meant to launch OneWeb satellites.

OneWeb isn't the only entity making moves to end their reliance on Russian rockets. NASA is already looking at ways to continue operations on board the International Space Station without Russia's presence.

The European Space Agency also announced last week it is suspending the launch of its ExoMars rover mission, because it was planning to use a Russian-made Proton rocket.

Given this news, it's not hard to imagine other space companies following suit, as the international cold shoulder towards Russia on terra firma looks more and more to extend well beyond Earth's atmosphere.

More on the situation: NASA Explains What Would Happen If Russia Abandoned the Space Station