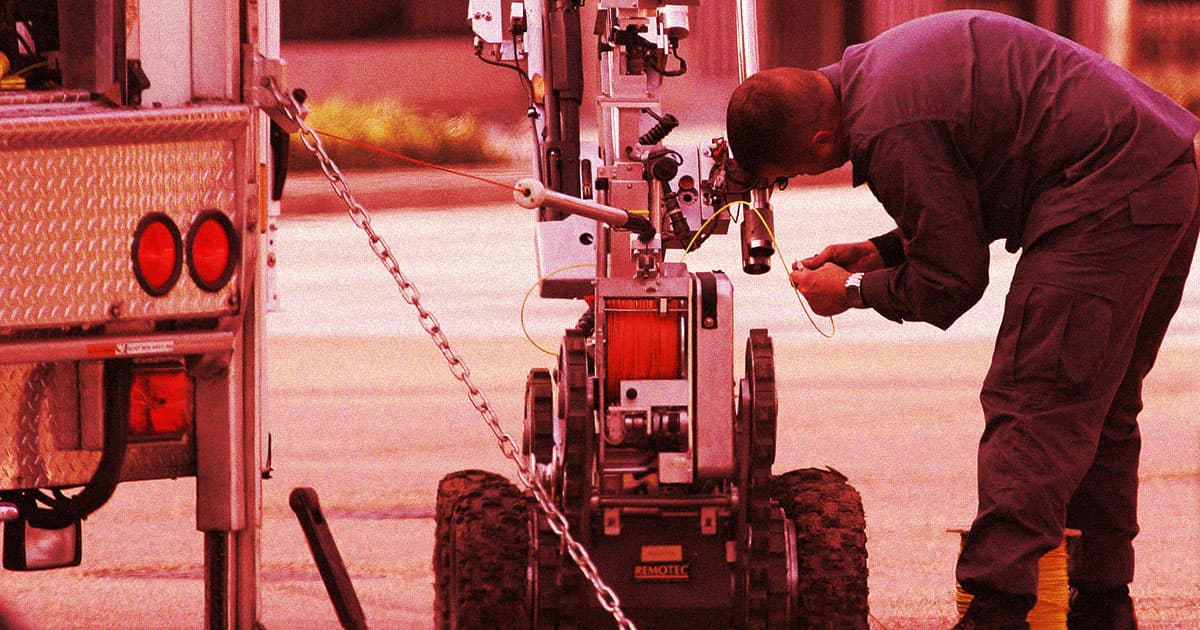 "This is opening up a Pandora’s box that could change our society in a significant way."

"This is opening up a Pandora’s box that could change our society in a significant way."

Yes, that's a real thing that just happened — though it sounds like an episode of "Black Mirror," it's an actual turn of events that highlights the emergence of a deeply worrying new trend in policing.

The SFPD is claiming officers could deploy the robots during mass shootings or against suicide bombers, the San Francisco Chronicle reports. A majority of city supervisors approved the motion, voting eight to three in favor.

Police have already deployed killer robots in the United States in the past. Back in 2016, the Dallas police department became the first in the country to detonate a killbot armed with explosives to take out a suspect who had shot and killed five Dallas police officers.

"There could be an extraordinary circumstance where, in a virtually unimaginable emergency, they might want to deploy lethal force to render, in some horrific situation, somebody from being able to cause further harm," San Francisco Board of Supervisors member Aaron Peskin told his colleagues, as quoted by the Chronicle.

And even more broadly, it's yet another sign that police are being given extraordinary levels of power that could easily infringe on civil rights. The San Francisco police force was already given permission to monitor live surveillance feeds, despite objections from privacy rights advocates earlier this year.

The news also comes after police in Oakland requested permission to arm robots with potentially lethal shotgun-like attachments last month, only to back down from the dystopian idea days later.

The San Francisco police department has acquired a dozen functioning robots since 2010, according to the Chronicle. So far, none have been equipped to kill humans.

Some city supervisors who voted against the motion were appalled by the new policy decision.

"This is a local police force here to protect us," supervisor Dean Preston said at a board meeting. "This is not the US military that we are arming."

"There is serious potential for misuse and abuse of this military-grade technology, and zero showing of necessity," he added.

Board president Shamann Walton, who voted against the policy, pointed out minorities could easily become the prime target.

"Most law enforcement weapons are used against people of color," he said, as quoted by The Washington Post. "I’m really just stunned that we’re here talking about this."

"This is a big deal," supervisor Hillary Ronen, who also voted against, said at the meeting, as quoted by the SFC.

"This is opening up a Pandora’s box that could change our society in a significant way," she added.

"Once we see one department taking this step as publicly as San Francisco, it would open the floodgates, I fear," Albert Fox Cahn, executive director of the Surveillance Technology Oversight Project, told WaPo.

READ MORE: S.F. supes approve the use of killer robots. Here’s when police could deploy them [San Francisco Chronicle]

More on killer robots: Oakland Police Want to Arm Robots With Shotguns, Because We Live in a Dystopian Nightmare