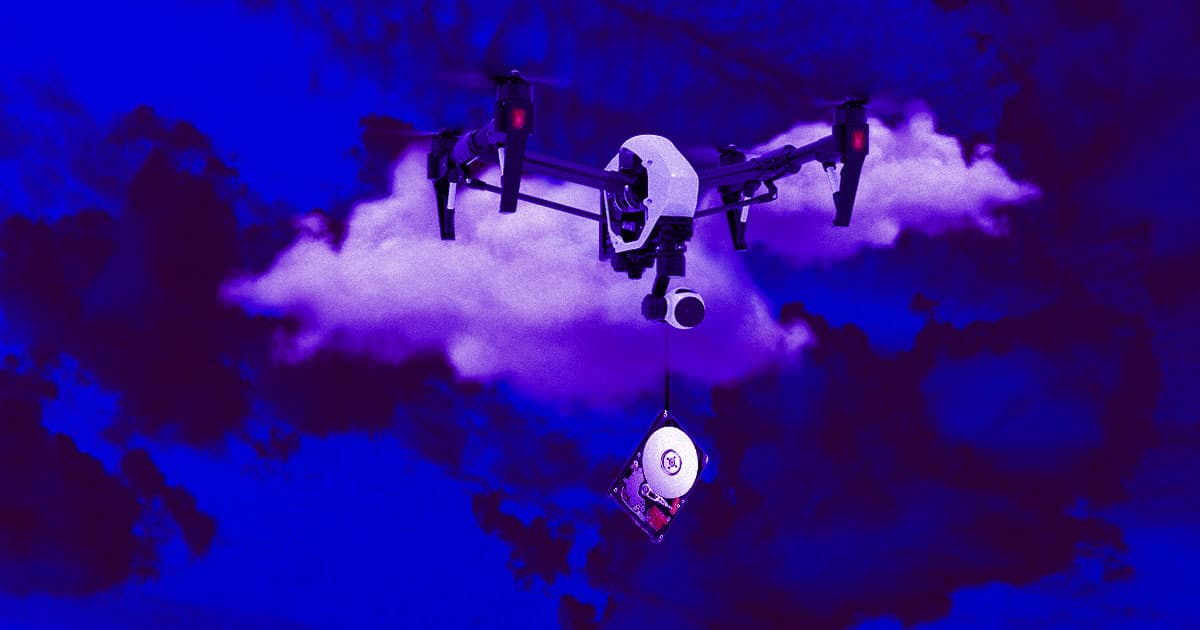 "The evacuation has been carried out. The drone reached its destination."

"The evacuation has been carried out. The drone reached its destination."

On Thursday, Russian police targeted the home of Sergey Boyko, a known critic of Russian President Vladimir Putin, as part of a widespread raid.

But Boyko was determined to prevent the officers from confiscating his electronics — so he used a drone to fly them out of his high-rise apartment via an open window.

A companion in Boyko’s home at the time of the Russian raid recorded the whole thing, with Boyko later uploading the footage to YouTube.

“Done,” Boyko said in Russian at one point in the clip, according to a BBC News translation. “The evacuation has been carried out. The drone reached its destination.”

That destination remains unknown, but the BBC reported that Boyko said the drone carried a combination of hard disks, solid-state drives, and flash sticks, all of which contained “very important” information he didn’t want the police to get their hands on.

In addition to Boyko’s apartment, Russian police stormed approximately 200 homes and offices on Thursday as part of a crackdown on Kremlin critic Alexei Navalny and his Anti-Corruption Foundation, a Russian nonprofit dedicated to exposing corruption in the nation’s government.

Boyko is a known ally of Navalny, but thanks to his quick drone escape, his electronics weren’t among the many computers and phones Russian police reportedly confiscated during Thursday’s raid.

READ MORE: A Putin opponent about to be hit by a police raid at his high-rise apartment flew his hard drives to safety with a drone [Business Insider]